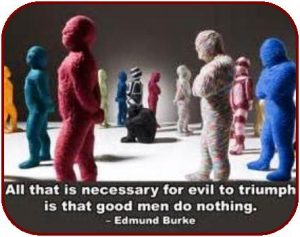 Now we’re getting to the legalization of Paul’s incarceration. The Jewish leaders came to Festus and requested that Paul be transferred to Jerusalem because they were preparing an ‘ambush to kill him along the way.’ The Jews brought many serious charges against Paul but had no proof to back up the charges.

Then Paul made his defense: “I have done nothing wrong against the Jewish law or against the temple or against Caesar.” Festus, wishing to do the Jews a favor, said to Paul, “Are you willing to go up to Jerusalem and stand trial before me there on these charges?” Paul answered: “I am now standing before Caesar’s court, where I ought to be tried. I have not done any wrong to the Jews,” as you yourself know very well. If, however, I am guilty of doing anything deserving death, I do not refuse to die. But if the charges brought against me by these Jews are not true, no one has the right to hand me over to them. I appeal to Caesar!” After Festus had conferred with his council, he declared: “You have appealed to Caesar. To Caesar you will go!” Acts 25:8-12

According to my study Bible, Paul wanted to keep his trial in Caesarea rather than go to Jerusalem and be tried by the religious leaders. As a Roman citizen, he could refuse to go to a local court and instead request to be heard by Cesar or his representative in Rome. Now here it gets exciting! If Paul is heard by Caesar, it could result in not only his acquittal, but a ruling in Paul’s favor “could mean an official recognition of Christianity as distinct from Judaism.” (NIV, p. 1876)

It seems that no one wants to take responsibility for Paul’s life or death. Felix, Festus, and now King Agrippa is brought into the ‘what to do about Paul’ dilemma. So far it is good for Paul that the politicians of the past are just about as moribund in their actions as we sometimes see today! Which kind of reminds me of the picture caption “All that is necessary for evil to triumph is that good men do nothing.” (Edmund Burke)

Dear Lord, help us to stand up for what is right. Help us to know when to speak up and to be the “good” in the world. Amen.