Stealing Their Goods, Breaking Their Hearts 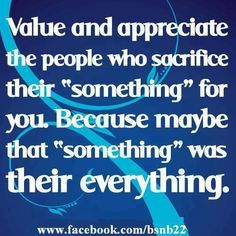 Anyone who robs father or mother and says ‘That is no crime,’ is partner to a thug.
Proverbs 28:24

A funny saying about aging parents has circulated over the years. It warns parents to be careful how they treat their children for the day may come when the children, having now become adults, will select the nursing or retirement home where their now elderly parents will live. In other words, if parents are too harsh, then children will one day exact their revenge by confining them to a place the parents dislike or hate. It initially evokes laughter, but we also know it describes an all too common experience of adult children not showing their elderly parents the love and respect they rightly deserve.

It is sad, but very true that there are so many examples of elder abuse in our country! We read how children can be physically or verbally abusive to their aged parents. We have read stories of how adult children can rob their elderly parents of their homes, savings, and other assets, leaving them nothing or only a pittance on which to live. If the adult children believe that they are entitled, then they may see no harm in what they do. They do not recognize their actions as constituting a crime, but in fact they are criminal! Proverbs 28:24 rightly refers to such children as “thugs.”

Shakespeare put these words in the mouth of King Lear: “How sharper than a serpent’s tooth it is to have a thankless child.” It is painful for the parents to discover that their children have so little regard and respect for them, who cared for them and who may have made great sacrifices for their children. In the Gospel of Luke we read Jesus’ telling of The Prodigal Son. The younger son in asking for his share of his father’s property is actually presenting a death wish for his father.

Anyone who robs father or mother does indeed commit a crime … does indeed sin against the ones who nurtured and provided for him or her. Anyone who steals from mother or father is like a thug. It is sad enough that the children steal the worldly goods of the parents, but much worse, their children’s attitudes, behaviors and words break their parents’ hearts.

Heavenly Father, we lament with adult parents when their children take advantage of them or rob them. We grieve with parents who witness their child or children growing up to be thankless … to be disrespectful … and to be so greedy that the child or children would steal from them. Call to the children’s memory the message of The Golden Rule so that they live as they would wish to be treated. Remind the children that should they live so long they might find themselves in their parents’ shoes and vulnerable to the kind or ruthless treatment they now show to their elderly parents. In Christ’s name, we pray. Amen.