Stuck With the Moniker: Ichabod 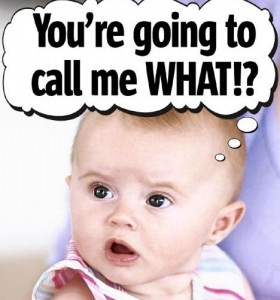 “She named the child Ichabod, meaning, ‘The glory has departed from Israel,’ because the ark of God had been captured and because of her father-in-law and her husband.” I Samuel 4:21

Upon my birth my parents named me: Claude Alan Harvey. Now from previous revelations you may recall that I share the name “Claude” with my paternal grandfather and father. My grandfather went by his first name, Claude and used is middle initial E. which stood for Ernest. My father was also named “Claude,” but he was known by his middle name of “Douglas,” except by government sources which addressed him as Claude D. I inherited my first name and mother liked actor Alan Ladd, from which came “Alan.” I too am known by my middle name. I inherited my surname and I was pleased that one of my ancestors might have been Sir William Harvey, a physician noted for his work regarding circulation.

I disliked the name “Claude” upon learning it meant “lame,” but “Alan” which is Gaelic and means “handsome,” more than makes up for “Claude.” In high school and when I began writing checks I opted to use my full name, which I think is euphonious in English as well as in French, Claude Alain Herve. My initials are “CAH” and while that is the sound a crow makes, the sound or the word some initials might make could be a lot worse!

Other than this Biblical reference, the only other person I have known being named “Ichabod” was the fictional character from Washington Irving’s “The Tale of Sleepy Hollow.” Poor Ichabod in our Biblical passage is the descendant of a priest named Eli, his grandfather, and Phineas, one of Eli’s no account sons. The Ark of the Covenant had been captured and the grandfather and father had died before he was born. The child’s mother named him, Ichabod, which means, “The glory has departed from Israel.” Children being children, you may well imagine that many of them would shorten his name to “Icky.” Poor Ichabod!

It would be much easier to live with a name that meant, “The glory has returned to Israel” or “God has restored the glory of Israel.” Regardless of the name we have been given, we can make our name great as we choose to live as God would have us to do.

O God, help us to wear honorably the name, “Christian.” In Christ’s name, we pray. Amen.