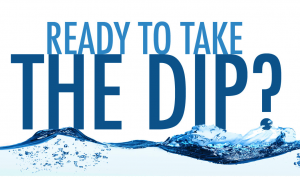 When we read the Acts of the Apostles, we see Paul move from persecutor of the church of Jesus Christ (known then as Saul) to the place of being one of the great defenders of the faith. We watch the story of his life unfold. Then, in chapter 22, we are treated to his own telling of his story (to a Jewish audience):

“Brothers and fathers, listen to the defense that I now make before you.”

When they heard him addressing them in Hebrew, they became even more quiet. Then he said:

“I am a Jew, born in Tarsus in Cilicia, but brought up in this city at the feet of Gamaliel, educated strictly according to our ancestral law, being zealous for God, just as all of you are today. I persecuted this Way up to the point of death by binding both men and women and putting them in prison, as the high priest and the whole council of elders can testify about me. From them I also received letters to the brothers in Damascus, and I went there in order to bind those who were there and to bring them back to Jerusalem for punishment.

“While I was on my way and approaching Damascus, about noon a great light from heaven suddenly shone about me. I fell to the ground and heard a voice saying to me, ‘Saul, Saul, why are you persecuting me?’ I answered, ‘Who are you, Lord?’ Then he said to me, ‘I am Jesus of Nazareth whom you are persecuting.’ Now those who were with me saw the light but did not hear the voice of the one who was speaking to me. I asked, ‘What am I to do, Lord?’ The Lord said to me, ‘Get up and go to Damascus; there you will be told everything that has been assigned to you to do.’ Since I could not see because of the brightness of that light, those who were with me took my hand and led me to Damascus.

“A certain Ananias, who was a devout man according to the law and well spoken of by all the Jews living there, came to me; and standing beside me, he said, ‘Brother Saul, regain your sight!’ In that very hour I regained my sight and saw him. Then he said, ‘The God of our ancestors has chosen you to know his will, to see the Righteous One and to hear his own voice;  for you will be his witness to all the world of what you have seen and heard. And now why do you delay? Get up, be baptized, and have your sins washed away, calling on his name.’
Acts 22:1-16

Paul tells parts of his life story in some of the letters he wrote (and which are collected as NT books). It’s powerful to hear someone tell about their life in Christ.

Have you told anyone the story of how you became a disciple of Jesus? Try telling it to yourself, or maybe writing it down as a story. Then share it. In telling someone, you might just give them a roadmap for deepening their own relationship with God.

Dear God, thank You for each step in my own walk with Christ. Help me to celebrate these with thanksgiving, and share them with joy. In Jesus’ name I pray. Amen.