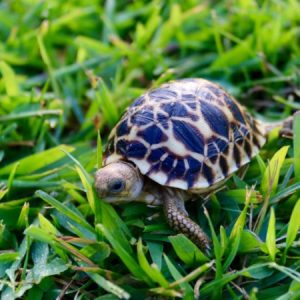 One who is slow to anger is better than the mighty,
and one whose temper is controlled than one who captures a city.

My attempts to verify the facts of the following story on the Internet have failed. Perhaps some of you recall having read the story, which I believe appeared in the pages of Reader’s Digest many years ago. The main character of the story was the late Metropolitan Opera soprano Beverly Sills.

As I recall the story, the diva with flame colored tresses was appearing at La Scala. She had requested a silver colored gown which would not clash with the color of her hair. The wardrobe mistress brought a gold gown for the opera star. Beverly told her that she had requested a silver gown and so the wardrobe mistress took the gold one away. Sometime later she returned with another beautiful gown … and once again Beverly declined to wear it and ask that a silver one be brought to her. Once again the wardrobe mistress took that gown away and then for the third time brought the singer another gold dress. Beverly had been polite. Beverly had made a simple request and three times her appeals were not heeded. This time Beverly lost her temper, grabbed a pair of dressmaker’s shears and destroyed the gown by cutting it in half. Beverly lost her temper but she gained the respect of the costumers, who now recognized her as a true diva by her behavior. The wardrobe mistress promptly returned with an exquisite silver gown for the opera singer to wear.

Beverly rightly could have become angry when the wardrobe mistress brought a gold gown when the singer had requested a silver one. She was slow to anger … having given the wardrobe mistress three strikes. Beverly could have lost her temper the second time, but she controlled it. Today’s proverb tells us: “one who is slow to anger is better than the mighty, and one whose temper is controlled than one who captures a city.”

How quickly do you become angry? How well do you control your temper? We see and hear people becoming angry very quickly and we see and hear how they lose control of their tempers. Word to the Wise is: “Count to ten when you are angry so that you will not lose your temper.” Most of us I suspect could benefit by being “slow to anger” and striving “to control our tempers better.”

Dear Lord, help me to become slower to anger and to control my temper, rather than letting my temper control me. Forgive me for harsh and ugly words spoken in anger. Forgive me when I have retaliated and sought revenge. When caught in such situations help me to be a peacemaker, for Christ’s sake. Amen.