Thankfully, It Is Called Grace 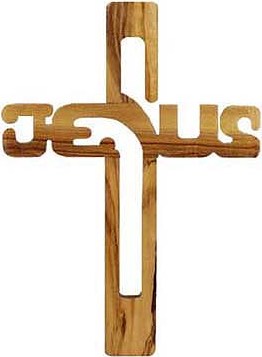 “For God loved the world so much that he gave his one and only Son, so that everyone who believes in him will not perish but have eternal life.” John 3:16

This one verse in itself shares the good news that it Jesus Christ.  Jesus did not hang on that cross and die the horrible death that he did just so a few could have eternal life. No, he died so that EVERYONE who believes can have eternal life. That thought brings me comfort and disbelief all at once because there are times I am tempted to judge others even when I know it displeases God. He always reminds me of John 3:16 and Ephesians 2:9 “Salvation is not a reward for the good things we have done, so none of us can boast about it.” and the parable of the vineyard workers in Matthew 20:8-19. “That evening he told the foreman to call the workers in and pay them, beginning with the last workers first. When those hired at five o’clock were paid, each received a full day’s wage. When those hired first came to get their pay, they assumed they would receive more. But they, too, were paid a day’s wage. When they received their pay, they protested to the owner, ‘Those people worked only one hour and yet you’ve paid them just as much as you paid us who worked all day in the scorching heat.’ “He answered one of them. ‘Friend, I haven’t been unfair! Didn’t you agree to work all day for the usual wage? Take your money and go. I wanted to pay this last worker the same as you. Is it against the law to do what I want with my money? Should you be jealous because I am kind to others? ‘

In other words, all who believe even if that belief comes in the very last seconds on this earth will receive eternal life just like those who have believed all their lives.  That’s how much God loves all of his children. If getting into heaven was about how good we are or how long we have been good none of us would get there. It is through grace and grace alone that we are privileged to go to heaven. It doesn’t matter if you have been a follower of Jesus for fifty years or 5 minutes. ALL who believe get to go to heaven and only through grace. That is the good news and I am so grateful for that good news.

Gracious God, thank You for Your good news. The good news that reminds us that we are saved by grace and that all who believe will be with You in heaven. Forgive us Lord for trying to do enough good deeds to get there and for forgetting that our sins were paid for on the cross and that we don’t deserve salvation, but it was purchased for us and that all who believe will have eternal life. We ask all this in Your name, Amen.