That Look of Disappointment! 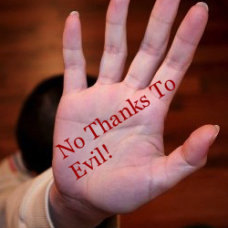 The story of Simon Peter’s denial of Jesus is very familiar. We remember how Simon Peter vowed that he would suffer and even die with Jesus. He was even willing to be imprisoned. Simon Peter assured Jesus that even though the other disciples might fail or desert Him, he would not. Simon Peter would be resolute and would remain steadfast.

Big promises! Good intentions! Simon Peter got off to a good start … he at least followed Jesus and strived to remain incognito. He watched with great interest to see what was happening to Jesus.

A servant girl spied him and maintained that he was one of them. Simon Peter responded, “Woman, I do not know Him.”

Then a man spotted Simon Peter. He said, “You are also one of them.” Simon Peter answered, “Man, I am not!”

Another man insisted, “Surely, this man was also with Him, for he is a Galilean.”

Simon Peter vehemently denied this charge saying, “Man, I do not know what you are talking about!”

No sooner than those words had escaped his mouth did Jesus and Simon Peter’s eyes meet. Jesus turns and looks at Simon Peter and though Jesus is some distance away, Simon Peter sees the disappointment in His eyes. Peter is berating himself … asking himself how he could have done such a thing. He wished he had bitten his tongue … he had denied even knowing Jesus … not once, not twice, but three times! Then the cock crowed! Simon Peter remembered his promises and recalled his good intentions. He had done what he said he would not do! The tears welled up in his eyes and overflowed. He could not bear to be a witness to what would follow and so Simon Peter fled Jesus’ haunting eyes of disappointment, fled from the scene and wept bitterly.

O Lord, we know when we bring sadness to Your heart and we can see the look of disappointment in Your eyes. I do not do the good I want, but the evil I do not want, is what I do. Forgive me! Help me to turn away from evil and do good. In the name of Christ Jesus, I pray. Amen.