The Beginning of a New Interest 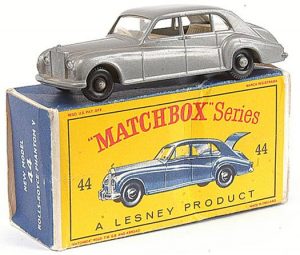 Richard and I became friends while we were in the sixth grade. His family had relocated to Union County, South Carolina following his father’s retirement from the Army. They had moved to the Cross Keys community where Richard’s mother had some relatives.

I lived in Union with my parents while Richard lived in the country with his parents and younger sister, Barbara. We visited in each other’s homes and often had some overnight visits. As a guest in his home, I got to do some horseback riding and we had lots of fun. Two toys to which Richard introduced me were Legos and Matchbox cars. That Christmas Richard and I exchanged gifts and I don’t recall what I gave him, but I will never forget what he gave me. It was a bronze colored Phantom V Rolls Royce Matchbox car and it is a Christmas gift (a toy) that I will always remember. I still have it and it is in very good condition to be 50 years old.

Upon receiving that gift I cultivated an interest in Rolls Royces and in collecting Matchbox cars. I particularly liked the design lines of the car and that the lid to the boot would lift. I collected a carrying case full of cars, truck, buses, campers, tractors, etc. as well as collecting the Matchbox Cars of Yesteryear. If I had kept the boxes the cars came in they would be of great value today (many times the value of what the original purchase price was), but they are still cherished. Richard and I spent hours playing with Legos and Matchbox cars. They brought us great enjoyment!

Richard was my best friend in grade school and junior high school, before my parents and I moved to Thomasville, North Carolina. I have treasured that small gift and even more so the gift of his friendship.

O Jesus, what a Friend we have in You. You are our best friend! We thank You for the friends we make along the pathway of our life. Even though miles and years may separate us, we cherish those memories and we often realize that we could pick up the friendship where we left off. Bless and keep our friends in Your loving care; for Christ’s sake. Amen.