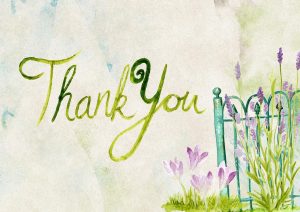 … and many others, who provided for them out of their resources.
Luke 8:3c

The last two devotions I have written have dealt somewhat with hospitality extended to Jesus, and most likely the Twelve who accompanied Him, although they are not specifically mentioned. This scripture does include the Twelve as recipients of hospitality. Jesus and they receive provisions which enable them to carry on their ministry.

We learn that Jesus went through the cities and villages proclaiming and bringing the good news of the kingdom of God. The Twelve were with Him. We also learn that some women who had been exorcised of evil spirits and healed of infirmities also followed Jesus. Three are mentioned by name and these are: Mary Magdalene, Joanna and Susanna. Seven demons had been cast out of Mary Magdalene. Joanna was the wife of Herod’s steward Chuza and thus was a woman of some prominence. Though not specifically mentioned, Susanna may have been a woman of some means. They were some of the benefactors of Jesus’ ministry. They provided for Jesus and the Twelve’s needs.

Over the years you have heard me mention a dear friend named Miss Christine. From my entry into seminary in 1982 through my graduation in 1986, she did not miss a week sending a card or note to me. Often she enclosed money which was a great help as I was on a tight budget. At Christmas and for my birthday she was always very generous. She continued to send card and notes of encouragement throughout my years as a Pastor in Virginia and as an Associate Pastor here until her death in 2004. She truly was a great blessing! Over the years there have been others, who have shown me tremendous generosity that astounded me. I am very grateful for their love and support. No doubt you are familiar with stories of persons who gave generously to support others in their education and work. You yourself may have been so blessed. Today let’s recount those who have blessed our lives by their encouragement and financial support. Let us also offer prayers of thanks for our benefactors.

Dear God, we thank You for those women who supported Jesus and the Twelve by providing for their needs through their resources. We thank You for those who have so blessed our lives by encouraging us and giving us financial support. We remember how much this meant to us. As we have been blessed by their example, let us now serve as blessings to others as we support them with words of encouragement and financial gifts. In Christ’s name, we pray. Amen.