The Best of Martha and Mary 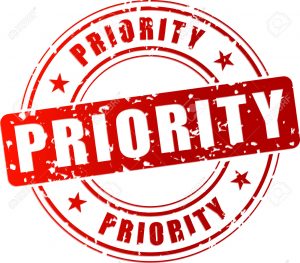 But Martha was distracted by her many tasks, so she came to him [Jesus] and asked, “Lord, do you not care that my sister has left me to do all the work by myself? Tell her then to help me.”
Luke 10:40

In The Grass Is Always Greener Over the Septic Tank,” the late humorist Erma Bombeck, described a woman who seemingly had the best characteristics of sisters Mary and Martha. Though Erma did not confirm, I suspect “Estelle” was based on a real person. What I recall that made Erma and her neighbors envious of Estelle was her seeming ability to do it all, while being the most devoted wife and mother. She baked her own bread and cookies, grew her own herbs, served as the President of the PTO, washed her windows in spring and in fall, always separated her laundry before washing, shuttled her children to their many different after-school activities, taught Sunday school, sang in the choir, directed the children’s annual Christmas pageant and rolled up the garden hose in the winter. Estelle was the neighborhood’s Wonder Woman!

In seminary I had a friend who named a daughter Mary Martha. I presume the parents admired the women who bore those names in the Gospel of Luke. Rather than choosing one name or the other, they named her Mary Martha because to them these two women had the best characteristics.

When Jesus visited the sisters and their brother, Lazarus; the family was so excited. Martha looked forward to preparing a sumptuous feast that would be served on her best china. Mary looked forward to sitting at Jesus’ feet and listening to His lessons and stories. What Mary and Martha did were ways of showing hospitality. Martha became upset that Mary was not doing her part as hostess. Martha complained to Jesus and He affirmed that Mary had chosen the better part by giving their guest the attention He deserved. The preparation of the most attractive and delicious meal is worth little if the guest(s) feel(s) neglected. Good hospitality depends on food and fellowship!

Lord, help us hold fast to the correct priorities so that we choose well among the things competing for our attention. Remind us that we should cultivate the best characteristics of Mary and Martha. In Christ’s name, we pray. Amen.