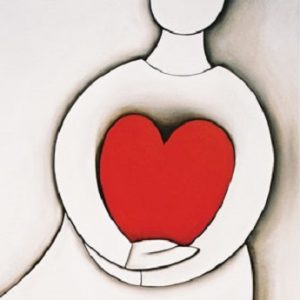 One of the two who heard John speak and followed him was Andrew, Simon Peter’s brother.
John 1:40

From the pages of the Old Testament and into the New Testament, we encounter stories of sibling rivalry, for example, Cain and Abel, Jacob and Esau, and Joseph and his brothers, to name a few. Oddly enough, unlike other brothers who became disciples of Jesus and who were fiercely competitive, Andrew and his brother, Simon Peter appeared to exhibit little sibling rivalry. And yet we certainly could have understood if Andrew had been very jealous of his brother, Simon Peter, particularly with regard to his relationship to Jesus.

Andrew has been a follower of John the Baptist, but when John points to Jesus as the Lamb of God, Andrew begins following Jesus. He visits where Jesus stays and listens to His teaching. Realizing that he is enjoying something great, Andrew leaves to go to his brother Simon Peter and to share the Good News: “We have found the Messiah!” Andrew brings Simon to Jesus who looks at him and says, “You are Simon, son of John. You are to be called Cephas (which is translated Peter).”

In our second reading from the Gospel of John, Andrew is the one who discovers the lad with the lunch of five barley loaves and two fish amidst the hungry crowd in excess of five thousand. He takes the boy to Jesus … introduces him …and, like all the other disciples, is amazed when Jesus blesses the food and everyone is fed … satisfied … and even twelve baskets of leftovers are collected.

In our third reading from the Gospel of John, Jesus’ disciple Philip becomes aware of some Greeks wishing to see Jesus. He tells Andrew and then Andrew and Philip go to tell Jesus. He instructs Andrew and Philip that the hour is coming for the Son of Man to be glorified and that the demands of discipleship can be costly.

In our last reading from the Gospel of Mark, we find Jesus together with James, John, Simon Peter … and Andrew. So often Jesus’ inner circle has been just James, John and Simon Peter! Andrew was noticeably absent! It would be easy to think of Andrew as being jealous since he was the one who introduced Simon Peter to Jesus and he was the one who was consistently bringing people to Jesus. Big hearted Andrew was just glad to know Jesus and to relish the task of introducing others to Him.

Blessed Lord, help us to be big hearted disciples like Andrew, who found joy in introducing others to Jesus. In Christ’s name, we pray. Amen.