The Busy-ness of Life 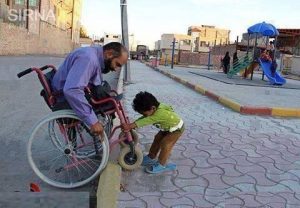 Most of the folks that I encounter on a daily basis are busy people. We stay busy providing for our basic needs. We stay busy caring for people around us. The business of life itself seems to mean that we stay busy. As we read the account in Mark chapter 1 of the beginning of his public ministry, we see that Jesus also lived a busy life:

And passing along by the Sea of Galilee, he saw Simon and Andrew the brother of Simon casting a net in the sea; for they were fishermen. And Jesus said to them, “Follow me and I will make you become fishers of men.” And immediately they left their nets and followed him. And going on a little farther, he saw James the son of Zeb′edee and John his brother, who were in their boat mending the nets. And immediately he called them; and they left their father Zeb′edee in the boat with the hired servants, and followed him.

And they went into Caper′na-um; and immediately on the sabbath he entered the synagogue and taught. And they were astonished at his teaching, for he taught them as one who had authority, and not as the scribes. And immediately there was in their synagogue a man with an unclean spirit; and he cried out, “What have you to do with us, Jesus of Nazareth? Have you come to destroy us? I know who you are, the Holy One of God.” But Jesus rebuked him, saying, “Be silent, and come out of him!” And the unclean spirit, convulsing him and crying with a loud voice, came out of him. And they were all amazed, so that they questioned among themselves, saying, “What is this? A new teaching! With authority, he commands even the unclean spirits, and they obey him.” And at once his fame spread everywhere throughout all the surrounding region of Galilee.

And immediately he left the synagogue, and entered the house of Simon and Andrew, with James and John. Now Simon’s mother-in-law lay sick with a fever, and immediately they told him of her. And he came and took her by the hand and lifted her up, and the fever left her; and she served them.

That evening, at sundown, they brought to him all who were sick or possessed with demons. And the whole city was gathered together about the door. And he healed many who were sick with various diseases, and cast out many demons; and he would not permit the demons to speak, because they knew him.
Mark 1:16-34

Jesus invited disciples to join him in spreading the good news. Jesus taught people about God. Jesus confronted demons and soothed disease and pain. The busy-ness of Jesus’ life made other people’s lives better.

As followers of Jesus, we are invited into the business of our Lord. Often, the pace we keep helps others too.

Dear Lord, help me to fill my time today with activities that truly help the people I meet. In Jesus’ name I pray. Amen.