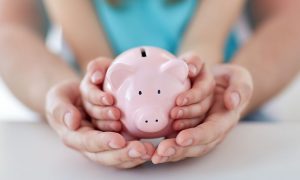 When Jesus heard this, He said to him, “There is still one thing lacking. Sell all that you own and distribute the money to the poor, and you will have treasure in heaven; then come and follow me.”
Luke 18:22
Scripture: Luke 18:18-30

A certain ruler asked Jesus, whom he addressed as “Good Teacher,” what he must do to inherit eternal life? Jesus then asks him why he calls Him “Good” for only God is “Good.” Jesus asks him if he knows the commandments. The man readily acknowledges that he does and he proceeds to name them. Furthermore, he asserts that he has kept all of these since his youth. He has known them and has been obedient to them for years. Bold statements on his part!

We sense that Jesus is impressed by the man’s knowledge of the commandments and his obedience to them. Then Jesus tells the man, “There is still one thing lacking. Sell all that you own and distribute the money to the poor, and you will have treasure in heaven; then come and follow me.” When the man heard this, he became sad for he was very rich. When I think of my wealth I too feel sad because of the possessions that I have accumulated over the years and have treasured for so long.

It might not be so hard to part with one’s money and household furnishings. It could be very difficult to sell jewelry pieces that had been handed down in the family. It might not be hard to sell the land and home, even though these had been owned by the family for some years. It might be arduous to divest oneself of possessions with great sentimental value. To sell and give away all that he had held dear would be emotionally and physically exhausting. Jesus looked at the man and said, “How hard it is for those who have wealth to enter the kingdom of God. Indeed it is easier for a camel to go through the eye of a needle than for someone who is rich to enter the kingdom of God.”

As I read this text I see myself clearly as a “rich man” even though I, like “Tevye” from Fiddler on the Roof , have gone around singing “If I Were a Rich Man.” I am not the wealthiest nor am I the poorest. I am somewhere in-between, but I know I am a rich man even though I have not made my first million! I have a number of possessions and I admit that I would have an extremely difficult time to sell them and to distribute the money to the poor. What about you? I know how possessions can encumber us. I know too that many have discovered joy in drastically downsizing … who have chosen to live in a tiny house and therefore to have few and useful possessions.

People, like myself, who can recognize that we know an abundant life here and now (in terms of our possessions) can identify with those who heard Jesus’ words. “Then who can be saved?” While it may be very hard (although Jesus says “impossible”) for us to sell some of those possessions and give the proceeds to the poor, some of us may be able to divest ourselves of some of our treasures. We then still are faced with the hard task of following Jesus. One blessing we derive is that while divesting ourselves of these things will be extremely difficult for us, if not impossible for us, we learn that it is possible for God to help us in this process. So now we are left to discern how well we are keeping the eleventh commandment.

Gracious God, we thank You that we know ourselves to be very blessed … to know that “Life is good” because while we may not be the wealthiest we are not the poorest. Guard us from allowing our possessions to possess us. Help us to know when and how to divest ourselves of treasures we have accumulated so that some may be sold to help the poor. Show us how to be good stewards and how to lay up for ourselves treasures in heaven. In Christ’s name, we pray. Amen.