The Good Old Days of Moneychangers 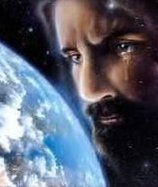 And Jesus entered the temple and cast out all those who were buying and selling in the temple, and overturned the tables of the moneychangers and those who were selling doves.
Matthew 21:12 (NASB)

According to the law, sacrifices were to be made to God when people came together for worship at the temple. To facilitate presenting approved sacrifices to God, moneychangers and vendors encroached upon the site of the temple. Big business had sprung up where people gathered to worship God.

Jesus was incensed by what He saw! All the buying and selling were abhorrent to Him as He went for worship and as this house of prayer had now become a robber’s den. Shouts of Alleluia or Hosanna were being drowned out by the pleas of vendors to the people to do business with them. Jesus drove them out!

Those do seem like the good old days compared to what more often than we could ever imagine happens today. No doubt Jesus is angry by what He sees! No doubt He weeps over what He hears. I am speaking of the gun violence that is becoming too prevalent in houses of worship, much less other venues. Today, some houses of prayer have become shooting galleries by people consumed with anger and hatred or plagued by mental illnesses.

We lament the pain and suffering of those injured. We mourn with those who have sustained the loss of loved ones. We pray for the congregations whose memories of their church will be haunted by the sound of gunfire and the sight of blood. Remembering Jesus’ words, we will try to pray for and love our enemies including those so bent on evil as to perpetrate such a tragedy. Moneychangers and vendors they are not, but people who disturb the peace and violate these holy spaces they are! Help us to be faithful as we live and worship and continue to endear the vision to us of You wiping away every tear from Your people’s eyes.

O Lord, help us to long for the day when there will be no more death or any mourning or crying or pain. In Christ’s name we pray. Amen.