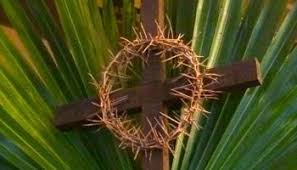 When they had come near Jerusalem and had reached Bethphage, at the Mount of Olives, Jesus sent two disciples, saying to them, “Go into the village ahead of you, and immediately you will find a donkey tied, and a colt with her; untie them and bring them to me. If anyone says anything to you, just say this, ‘The Lord needs them.’ And he will send them immediately” This took place to fulfill what had been spoken through the prophet, saying, “Tell the daughter of Zion, Look, your king is coming to you, humble, and mounted on a donkey, and on a colt, the foal of a donkey.”
Matthew 21:1-5

When Jesus was speaking to James and John about their mother’s (and their own) request to be seated at the places of honor next to their Lord in the kingdom, He talked with them about true leadership and the need to be humble. And then here, a couple of chapters later in the story, we find “the humble King” riding into the city.

Dr. Bob Ramey, our Professor of Ministry years ago at Columbia Theological Seminary spoke of a concept known as Servant Leadership. (He directed us to Robert K. Greenleaf’s book: Servant Leadership (The Journey into the Nature of Legitimate Power and Greatness). Dr. Ramey lived that model, and encouraged us to also apply those principles in our ministries as followers of Jesus.

Greenleaf’s concept identifies nine qualities of servant leaders: They 1) Value diverse opinions, 2) Cultivate a culture of trust, 3) Develop other leaders, 4) Help people with life issues, 5) Encourage, 6) Sell instead of tell, 7) Think you, not me, 8) Think long-term, 9) Act with humility.

Our Lord was a humble King. Maybe he wishes for his followers to practice humility as they follow and lead.

God, help me today to adopt the proper attitude as I hope to lead others to the Lord that I serve. Amen.