The Most Wonderful Re-Gifting 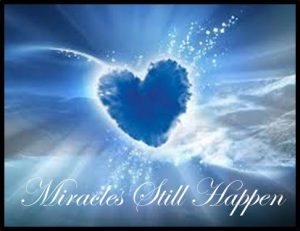 Are you familiar with the term “re-gifting”? You decide to give someone that crazy gift you received at the Staff Christmas Party. That is re-gifting! You really appreciated your aunt making you that afghan made of chartreuse, coral, and purple yarns, but you heard of an appeal for blankets and so you determine now is the time to donate it to a good cause. That is re-gifting! A friend knows you are eager to read best sellers and she gives you one for your birthday, but you like the author so much you had already bought a copy. Now you have two copies and the Friends of the Library would welcome another copy while it is still on the best seller list. You donate one of the copies to them. That is re-gifting!

Jesus and His disciples approaches the town of Nain followed by a large crowd. When He gets to the gate of the city, a man who died is being carried out on a bier. Jesus learns that the man was his mother’s only son and she was a widow. The mourners were many and they knew as did Jesus that she faced a bleak future without her husband and son. When Jesus sees, He has compassion on her and says, “Do not weep.”

Jesus comes forward and touches the bier and the pallbearers stand still. Jesus says, “Young man I say to you, rise!” The dead man sat up and began to speak, and Jesus gave him to his mother. Earlier the mother thought he would recover from his illness. She came to accept that he might not be 100%, but at least she would still have him. Later, she thought that he might survive, but it would take a miracle. All of her hopes had been dashed with his death. Then Jesus raised Him from the dead. He sat up and spoke. Then we read those sweetest words, [Jesus] “gave him to his mother” Scripture does not record her reaction, but could it have been anything less than pure joy? She and her son experienced God’s Most Wonderful Re-Gifting.

Miracles still happen today … when a firefighter rescues a child and gives him back to his mother, when a father learns the complicated surgery went well, his child should have a complete recovery and is given back to him, and when a child is rescued from a dangerous situation and is given to the embracing arms of loving parents. These scenarios are of the most wonderful re-gifting and God is the One who makes these miracles happen. Our reactions are like those of long ago witnessing this resuscitation, fear grips us as we realize we are on holy ground and then we are filled with gratitude and praise

Blessed Lord, we give thanks for Your most marvelous re-gifting! We celebrate with those who are re-gifted with life following touch and go surgery, with those who receive a child back after heroic rescue efforts, with regaining mobility after a tragic accident through intensive physical therapy, and with similar miraculous stories. All glory, honor, and thanks be to you, O God, now and evermore. In Christ’s name, we pray. Amen.