The “New” News is the Good News! 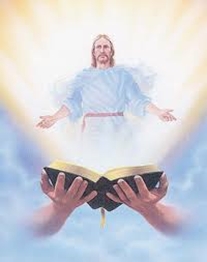 Wow, what a story we have in this portion of Paul’s evangelizing letter found in the book of Acts, acknowledged as written by Luke. Luke shared in his writings that wherever Paul went, there were those who opposed his teachings. Religious teaching, if you will! Paul was able to stir up controversy, not because he wanted to, but by doing his best in sharing the ‘Good News’ that God’s Son, Jesus Christ, brought into the entire world. Paul was successful both by teaching what God has done in Jesus, and in catching the grief from those who were still trying to sell what idols offered. So much so, that they wanted to do away with not only his writings, but also with Paul himself.

We have learned that the evangelist Luke has been accredited with the writing of the Book of Acts. In our study of Acts it has been interesting to learn each week that Paul was hunted down by those who accused him of trying to do away with what they believed. Therefore, Paul was taking away not only their understanding of what they believed but also their ability to make a living by sharing it.

For Paul’s safety, a few of his friends brought him to Athens. While in Athens Paul soon learned there were many who were earning their living trying to sell idols. Wherever he went and whatever he saw, there were those trying to sell idols to unknown gods. We all know what Idols are; symbols or images that we all look to as something we would either like to have, or to know more about. Idols are the things that have nothing to offer but something to look at. Now, before we laugh, think about the ‘things’ we have that are sort of idols to us.

We have learned, if not anything else, that God loved the world so much that he gave his only begotten Son to save us from ourselves and the idols we have. We must confess that we have often put our unknown gods ahead of God our Maker! We have this story in Acts telling of those who were able to hear The Good News with an open mind. Today we have this story of Good News to share because we truly believe that God, our Maker and Provider, has blest us with a living faith in The One who saves us, from our sinful self.

“What therefore you worship as unknown, this I proclaim to you. The God who made the world and everything in it. . .’In him we live and move and have our being.’” My friends, these are not idol words; they are the Words of life! Believe in them and live!

God our prayer goes out to You from deep within our heart, we feel Your loving grace which fills us and keeps us. Our prayer of thankfulness comes through Jesus our Savior. Amen.