The Parables of Jesus Christ: The Laborers in the Vineyard 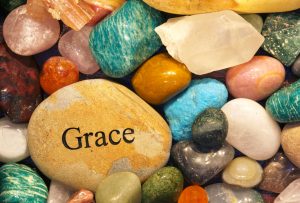 Jesus says the kingdom of heaven is like a landowner who went out early in the morning to hire laborers for his vineyard. After agreeing with the laborers for the usual daily wage (a denarius) he sent them into his vineyard. He went out at nine o’clock to hire workers agreeing to pay them what is right. The landowner then went out again at noon, again at three o’clock and finally at five o’clock to hire workers. It is obvious he wants the vineyard harvested and so he employs workers throughout the day. It is clear that the landowner does not like to see people being idle.

When the landowner hired the first group of workers they agreed to work for the usual daily wage. Those that went to work in the vineyard later in the day accepted the landowner’s offer to be paid what was right. At the end of the day those who were hired last were paid first and “surprise, surprise!” they received the usual daily wage (a denarius). In turn, the other workers came to be paid until at last the group hired first receives their payment. They are horrified and shocked that they receive the same wage even though they have worked the longest time and throughout the scorching day.

Those hired first grumble against the landowner because in their eyes his actions seem unfair. The landowner explains that He has done no wrong. They had agreed to work for the wage that they were paid. He then dismisses them reminding them that He chooses to give to the last ones the same that He gave to them. The landowner asks, “Am I not allowed to do what I choose with what belongs to me? Or are you envious because I am generous?”

If you have not guessed by now, the landowner is symbolic for God. If we put ourselves in the sandals of those hired at five o’clock, then we are elated to receive more than we might have expected. If we put ourselves in the sandals of those hired early in the morning, then we most likely feel that we have been mistreated because we were not given more than which we agreed especially since those who worked less hours and under less oppressive heat received the same amount as we did. The four important lessons for us to learn here regarding God are these. One, God is sovereign. Two, God is gracious. Three, God is merciful. And four, God is always fair even when we would disagree according to our concepts of what is or is not fair.

Lord Jesus Christ, we thank You that You are preparing a place for us in the kingdom of heaven. As we continue on our pilgrimage of faith, continue to prepare us for that place. Keep us ever mindful that God is sovereign, gracious, mercifull, and always fair. In Your Holy Name, we pray. Amen.