The Parables of Jesus Christ: The Wise Man and the Foolish Man 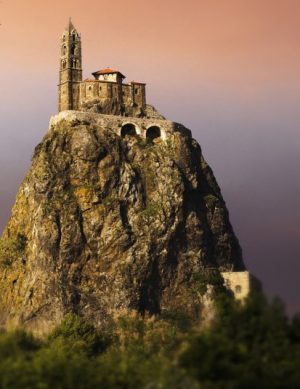 Recently I visited my primary care physician and good friend, Dr. Ruben Perez. In the fall I had called his office anxious to hear about his family members living in Puerto Rico and now in the course of my checkup, I wanted to get an update on their welfare. He told me that his brothers live in the mountains, which did not have trees around their homes. They survived with little damage the devastating effects of Hurricane Maria. He explained that their homes were constructed of rock and cement and that the thick walls and firm foundation withstood the powerful winds and the drenching rains. Many people suffered devastating losses. He was quick to note that 42% of the population living in Puerto Rico is still without power and it may be six more months before it is restored.

In our own experiences we know how stable rock is and depending on the size of the rock how it may even appear unmovable. We also know from watching the tide come in and go out how the sand is easily moved from one place to another. Jesus tells this parable and relates holding fast and adhering to His words is like a wise man who built his house on rock. When the storms came the wise man was able to withstand and endure because his faith and actions in response to Jesus’ words were like a firm foundation. The foolish man will not have held fast to Jesus’ words and will not have acted upon them and so his house will fall when the rains and wind come because his house was built on sand.

Dear God, we acknowledge that it is not always easy to hear much less act on Jesus’ words. Let us never forget the words of a familiar hymn! “How firm a foundation ye saints of the Lord is laid for your faith in God’s excellent word. What more can be said than to you God hath said, to you who for refuge to Jesus have fled.” Give us courage and strength to hear and act on Jesus’ words so that we might be like the wise man who built his house on rock. In Christ’s name, we pray. Amen.