The Pharisee and the Tax Gatherer 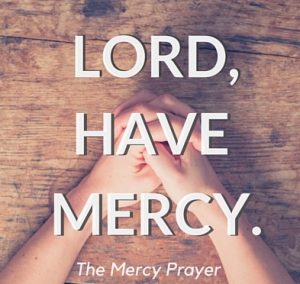 Just the other day, I wrote a devotional on The Lost Coin and the distress we encounter when we have misplaced or lost something. This time I have not lost something! Instead, I cannot remember where I saw it. It is a simple line drawing that powerfully illustrates today’s parable. I thought it was one of the drawings used in The Good News Bible, Today’s English Version, but alas I could not find it there and my attempts to find it online was to no avail.

Jesus tells this parable to some who trusted in themselves that they were righteous and viewed others with contempt. Two men went up to the temple to pray. One was a Pharisee and the other was a tax-gatherer. From my memory of the artwork I saw a column of the temple and standing near it was the Pharisee dressed in an ornate robe and head covering looking up toward heaven with one arm outstretched and pointing downward toward the prostrate tax-gatherer who cannot even raise his head.

Luke tells us, “The Pharisee, standing by himself, was praying thus, ‘God I thank you that I am not like other people: thieves, rogues, adulterers or even like this tax collector. I fast twice a week; I give a tenth of all my income.” Luke adds, “But the tax collector standing far off, would not even look up toward heaven, but was beating his breast and saying, ‘God, be merciful to me a sinner!’” Even without the dialogue you can see what a powerful image that artwork was and how it truly illustrated the words and actions of the Pharisee and the Tax Collector/Gatherer.

Jesus concludes the parable with these words: “I tell you, this man went down to his home justified rather than the other; for all who exalt themselves will be humbled, but all who humble themselves will be exalted.” While the situation of both men is addressed, Jesus’ words are particularly directed toward those who take particular delight in how good they have been and how badly others have behaved. They pat themselves on the back rather than beating themselves on their breasts acknowledging their own sinfulness. At different times in our lives we have probably acted like both the Pharisee and the Tax Collector, but the bottom line is we do not have to tell God how good we have been nor how badly we have behaved. God knows and what we need to do is to quit comparing ourselves to others and to realize that all of us are dependent upon God’s grace (receiving what we don’t deserve) and mercy (not receiving what we deserve).

“God, be merciful to me a sinner,” Amen.