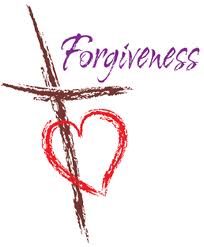 This parable that Jesus teaches within the temple in Jerusalem has chief priests, scribes and elders in the audience. There are also people … followers of Jesus who have come to hear His teachings. The parable has a perfectly plausible beginning. A man plants a vineyard and leases it to tenants while He goes away. The harvest season arrives and the absentee landowner sends a slave to collect his master’s share of the produce from the tenants.

Quickly the parable becomes incredulous because we cannot imagine what the tenants were thinking. What did they expect to profit by their actions? When the slave arrives at the vineyard the tenants beat him and send him away empty-handed. The landowner sends another slave to collect his master’s share of the produce and the tenants add insults to injury … a severe beating … and sending him on his way empty-handed. The landowner sends a third slave whom they wounded and threw out. The landowner finally decides to send his beloved son … thinking the tenants will surely respect him and give him what is due and rightfully belongs to the landowner. The tenants recognize this man as the son … the heir of the vineyard. The tenants don’t respect him and they kill him and throw him out of the vineyard. We wonder what on earth could have made them think that they might inherit the vineyard?

Jesus asks, “What then will the owner of the vineyard do to them?” Jesus answers His question saying, “He will come and destroy those tenants and give the vineyard to others.” His audience, the religious leaders and representatives of the Jews exclaim, “Heaven forbid!” Jesus asks them, “What then does this text mean: The stone the builders rejected has become the cornerstone? Everyone who falls on that stone will be broken to pieces, and it will crush anyone on whom it falls.” Little did the chief priests, elders and scribes know when Jesus began telling the parable that they would be “the bad guys,” the tenants!

In this parable again God is the landowner. The tenants are the Jews, particularly the religious leaders and representatives of the people. The slaves are the prophets God sent to call the people to repentance and obedience. The landowner’s beloved son is God’s beloved son, Jesus, who is later arrested, beaten, insulted, and killed. The parable is a prophecy fulfilled in that Jesus the beloved son did die on the cross. The vineyard that specifically had belonged to the Jews was now open to those who would accept Jesus the beloved Son as their Savior.

O God, it is sad that we look at the sins of others wondering how they could do what they do and yet we rarely examine our own sinfulness with the same scrutiny. Forgive us of our sins. Thank You, Lord, for the gift of salvation and for Jesus our Savior, in whose name we pray. Amen