This Week’s Devotions Will Be Based on Acts 17 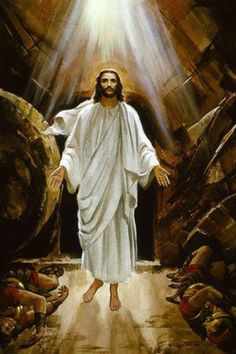 Paul and those traveling with him passed through Amphipolis and Apollonia. They came to Thessalonica. A Jewish synagogue was there. Paul went into the synagogue as he usually did. For three Sabbath days in a row he talked with the Jews about the Scriptures. He explained and proved that the Messiah had to suffer and rise from the dead. “This Jesus I am telling you about is the Messiah!” he said. His words won over some of the Jews. They joined Paul and Silas. A large number of Greeks who worshiped God joined them too. So did quite a few important women.

But other Jews were jealous. So they rounded up some evil people from the market place. Forming a crowd, they started all kinds of trouble in the city. The Jews rushed to Jason’s house. They were looking for Paul and Silas. They wanted to bring them out to the crowd. But they couldn’t find them. So they dragged Jason and some other believers to the city officials. “These men have caused trouble all over the world,” they shouted. “Now they have come here. Jason has welcomed them into his house. They are all disobeying Caesar’s commands. They say there is another king. He is called Jesus.” When the crowd and the city officials heard this, they became very upset. They made Jason and the others give them money. The officials did this to make sure they would return to the court. Then they let Jason and the others go.

As soon as it was night, the believers sent Paul and Silas away to Berea. When they arrived, they went to the Jewish synagogue. The Berean Jews were very glad to receive Paul’s message. They studied the Scriptures carefully every day. They wanted to see if what Paul said was true. So they were more noble than the Thessalonian Jews. Because of this, many of the Berean Jews believed. A number of important Greek women also became believers. And so did many Greek men.

But the Jews in Thessalonica found out that Paul was preaching God’s word in Berea. So some of them went there too. They stirred up the crowds and got them all worked up. Right away the believers sent Paul to the coast. But Silas and Timothy stayed in Berea. The believers who went with Paul took him to Athens. Then they returned with orders that Silas and Timothy were supposed to join him as soon as they could.

Paul was waiting for Silas and Timothy in Athens. He was very upset to see that the city was full of statues of gods. So he went to the synagogue. There he talked both with Jews and with Greeks who worshiped God. Each day he spoke with anyone who happened to be in the market place. A group of Epicurean and Stoic thinkers began to argue with him. Some of them asked, “What is this fellow chattering about?” Others said, “He seems to be telling us about gods we’ve never heard of.” They said this because Paul was preaching the good news about Jesus. He was telling them that Jesus had risen from the dead. They took him to a meeting of the Areopagus. There they said to him, “What is this new teaching you’re giving us? You have some strange ideas we’ve never heard before. We would like to know what they mean.” All the people of Athens spent their time talking about and listening to the latest ideas. People from other lands who lived there did the same.

Then Paul stood up in the meeting of the Areopagus. He said, “People of Athens! I see that you are very religious in every way. As I walked around, I looked carefully at the things you worship. I even found an altar with

to an unknown god

written on it. So you don’t know what you are worshiping. Now I am going to tell you about this ‘unknown god.’

“He is the God who made the world. He also made everything in it. He is the Lord of heaven and earth. He doesn’t live in temples built by human hands. He is not served by human hands. He doesn’t need anything. Instead, he himself gives life and breath to all people. He also gives them everything else they have. From one man he made all the people of the world. Now they live all over the earth. He decided exactly when they should live. And he decided exactly where they should live. God did this so that people would seek him. And perhaps they would reach out for him and find him. They would find him even though he is not far from any of us. ‘In him we live and move and exist.’ As some of your own poets have also said, ‘We are his children.’

“Yes, we are God’s children. So we shouldn’t think that God is made out of gold or silver or stone. He isn’t a statue planned and made by clever people. In the past, God didn’t judge people for what they didn’t know. But now he commands all people everywhere to turn away from their sins. He has set a day when he will judge the world fairly. He has appointed a man to be its judge. God has proved this to everyone by raising that man from the dead.”

They heard Paul talk about the dead being raised. Some of them made fun of this idea. But others said, “We want to hear you speak about this again.” So Paul left the meeting of the Areopagus. Some of the people became followers of Paul and believed in Jesus. Dionysius was one of them. He was a member of the Areopagus. A woman named Damaris also became a believer. And so did some others.