This Week’s Devotions Will Be Based on Acts 19 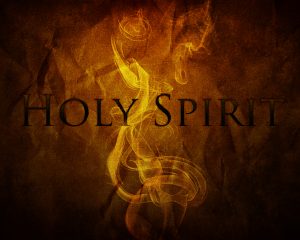 While Apollos was at Corinth, Paul took the road to Ephesus. When he arrived, he found some believers there. He asked them, “Did you receive the Holy Spirit when you became believers?”

“No,” they answered. “We haven’t even heard that there is a Holy Spirit.”

So Paul asked, “Then what baptism did you receive?”

Paul said, “John baptized people, calling them to turn away from their sins. He told them to believe in the one who was coming after him. Jesus is that one.” After hearing this, they were baptized in the name of the Lord Jesus. Paul placed his hands on them. Then the Holy Spirit came on them. They spoke in languages they had not known before. They also prophesied. There were about 12 men in all.

Paul entered the synagogue. There he spoke boldly for three months. He gave good reasons for believing the truth about God’s kingdom. But some of them wouldn’t listen. They refused to believe. In public they said evil things about the Way of Jesus. So Paul left them. He took the believers with him. Each day he talked with people in the lecture hall of Tyrannus. This went on for two years. So all the Jews and Greeks who lived in Asia Minor heard the word of the Lord.

God did amazing miracles through Paul. Even handkerchiefs and aprons that had touched him were taken to those who were sick. When this happened, their sicknesses were healed and evil spirits left them.

Some Jews went around driving out evil spirits. They tried to use the name of the Lord Jesus to set free those who were controlled by demons. They said, “In Jesus’ name I command you to come out. He is the Jesus that Paul is preaching about.” Seven sons of Sceva were doing this. Sceva was a Jewish chief priest. One day the evil spirit answered them, “I know Jesus. And I know about Paul. But who are you?” Then the man who had the evil spirit jumped on Sceva’s sons. He overpowered them all. He gave them a terrible beating. They ran out of the house naked and bleeding.

The Jews and Greeks living in Ephesus heard about this. They were all overcome with fear. They held the name of the Lord Jesus in high honor. Many who believed now came and openly admitted what they had done. A number of those who had practiced evil magic brought their scrolls together. They set them on fire out in the open. They added up the value of the scrolls. The scrolls were worth more than someone could earn in two lifetimes. The word of the Lord spread everywhere. It became more and more powerful.

After all this had happened, Paul decided to go to Jerusalem. He went through Macedonia and Achaia. “After I have been to Jerusalem,” he said, “I must visit Rome also.” He sent Timothy and Erastus, two of his helpers, to Macedonia. But he stayed a little longer in Asia Minor.

At that time many people became very upset about the Way of Jesus. There was a man named Demetrius who made things out of silver. He made silver models of the temple of the goddess Artemis. He brought in a lot of business for the other skilled workers there. One day he called them together. He also called others who were in the same kind of business. “My friends,” he said, “you know that we make good money from our work. You have seen and heard what this fellow Paul is doing. He has talked to large numbers of people here in Ephesus. Almost everywhere in Asia Minor he has led people away from our gods. He says that the gods made by human hands are not gods at all. Our work is in danger of losing its good name. People’s faith in the temple of the great goddess Artemis will be weakened. Now she is worshiped all over Asia Minor and the whole world. But soon she will be robbed of her greatness.”

When they heard this, they became very angry. They began shouting, “Great is Artemis of the Ephesians!” Soon people were making trouble in the whole city. They all rushed into the theater. They dragged Gaius and Aristarchus along with them. These two men had come with Paul from Macedonia. Paul wanted to appear in front of the crowd. But the believers wouldn’t let him. Some of the officials in Asia Minor were friends of Paul. They sent him a message, begging him not to go into the theater.

The crowd didn’t know what was going on. Some were shouting one thing and some another. Most of the people didn’t even know why they were there. The Jews in the crowd pushed Alexander to the front. They tried to tell him what to say. But he motioned for them to be quiet. He was about to give the people reasons for his actions. But then they realized that he was a Jew. So they all shouted the same thing for about two hours. “Great is Artemis of the Ephesians!” they yelled.

The city clerk quieted the crowd down. “People of Ephesus!” he said. “The city of Ephesus guards the temple of the great Artemis. The whole world knows this. They know that Ephesus guards her statue, which fell from heaven. These facts can’t be questioned. So calm down. Don’t do anything foolish. These men haven’t robbed any temples. They haven’t said evil things against our female god. But you have brought them here anyhow. Demetrius and the other skilled workers may feel they have been wronged by someone. Let them bring charges. The courts are open. We have our governors. Is there anything else you want to bring up? Settle it in a court of law. As it is, we are in danger of being charged with a crime. We could be charged with causing all this trouble today. There is no reason for it. So we wouldn’t be able to explain what has happened.” After he said this, he sent the people away.