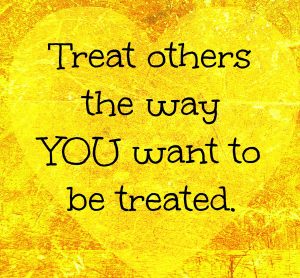 Now the men who were holding Jesus began to mock Him and beat Him; they also blindfolded Him and kept asking Him, “Prophesy! Who is it that struck you?” They kept heaping many other insults on Him.
Luke 22:63-65
Scripture: Luke 22:63-65

Did you ever encounter any bullying while you were a child or youth? Since the second grade I have worn glasses. My nearsightedness progressed so that my prescription for glasses changed almost every year. The lenses for my glasses got thicker and that made me a target for bullying.

My hand and eye coordination developed more slowly. I was not athletic. Often, I was the one last to be chosen for games or sports. I fumbled. If running was involved, I often brought up the rear. That too made me a target for bullying.

I loved food and overate as a child. I was overweight, but not obese. I wore husky pants. That too made me a target for bullying. As I asked earlier, were you ever bullied as a child or youth?

Judas has betrayed Jesus for thirty pieces of silver. Simon Peter, who pledged his to Jesus, denied Him three times and fled … ceasing to follow Jesus even though to do so might mean prison or death. Jesus is left in the capable hands of bullies.

What do they do to Jesus? They mock Him! They beat Him! They blindfold Him and then taunt Him to identify who it is that has struck Him! They heap many other insults on Him and this is just the beginning of His suffering!

To get Him through that difficult situation, Jesus may have whispered “one of the words He uttered from the cross: ‘Father, forgive them for they know not what they do.’” Our best attempt to get us through those bullying situations in life are to remember and to strive to live by the Golden Rule. “Do unto other as you would have them do unto you.”

Dear God, ease the painful memories we have of being bullied. Guard us from unmercifully teasing others, not knowing the pain and sorrow they feel when we have bullied them by our words or actions. In the name of Christ Jesus, we pray. Amen.