Three Days in the Belly? Does it remind you of another Three Days? 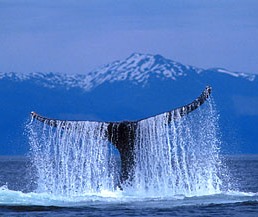 But the Lord provided a large fish to swallow up Jonah; and Jonah was in the belly of the fish three days and three nights.
Jonah 1:17

Most church folks are familiar with the story of Jonah. He was a prophet of God and he was directed by God to go to Nineveh and to cry out against the wickedness of the people living in that city. Instead of going to Nineveh Jonah went in the opposite direction to Tarshish by boat. Jonah could flee from the presence of God but his whereabouts were well known to the King of the Universe. Aboard that ship a violent storm arose and from all indications it appeared that the crew and passenger were in great peril. It may have been Jonah’s guilty conscience and led him to confess to his fellow passengers that he most likely was the one who had kindled God’s wrath. Jonah instructed them to pick him up and to toss him overboard. This action might appease God and save them from drowning.

As soon as Jonah had been thrown into the sea the winds and waves ceased their raging. Jonah’s disobedience led to a conversion of the crew onboard the ship as they feared the Lord, offered a sacrifice and made vows. You might think that God would wash His hands of Jonah, but He still cared for him and provided for him. A large fish swallowed Jonah and the reluctant prophet remained in the fish’s belly for three days and three nights. We might say that God gave Jonah a “time out” as he sloshed around in the stomach of the fish. He saw, smelled, and experienced the digested and undigested contents of the great fish’s meals. He had time to think and he prayed to God and prayed for deliverance.

In the Gospel of Matthew, Jesus encounters the Pharisees demanding a sign. Jesus said, “For just as Jonah was three days and three nights in the belly of the sea monster so shall the Son of Man be three days and three nights in the heart of the earth.” Jesus was referring to the time following His crucifixion and death. The body of Jesus would remain in the tomb belonging to Joseph of Arimathea for three days. Specifically He was giving them a sign, but it was one that they would not recognize and many of which would not accept or never embrace even after Jesus’ death and resurrection. But as you can see there is a relationship between Jonah’s languishing in the belly of the fish and Jesus’ body laid in the grave. As an evangelist, Matthew liked to relate Old Testament scriptures to sayings and events in his gospel.

O God, we are grateful for the story of Jonah and how You used this reluctant prophet to bring salvation to a ship’s crew and to the people of Nineveh. Forgive us those times when we have disobeyed Your will and help us to learn that Your plans will not be thwarted. Thank you for Jesus who died on the cross for our sins so that we might receive forgiveness and become heirs of eternal life. Amen.