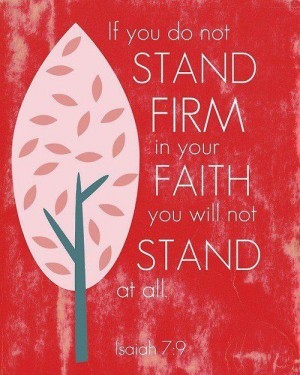 The Stoning of Stephen

At this they covered their ears and, yelling at the top of their voices, they all rushed at him, dragged him out of the city and began to stone him. Meanwhile, the witnesses laid their coats at the feet of a young man named Saul.

While they were stoning him, Stephen prayed, “Lord Jesus, receive my spirit.” Then he fell on his knees and cried out, “Lord, do not hold this sin against them.” When he had said this, he fell asleep. Acts 7:54-60

Have you ever wondered how you would respond if your life were in jeopardy because of your faith? I have watched movies and seen the news and wondered that question myself. Will I cower and ignore My God or will I stand up for my beliefs even though I could die or be punished severely because of my faith? Those thoughts have crossed my mind and I pray that I can respond the way that Stephen did.

Not only did he stand strong in his faith, but like Jesus, he asked the Lord to not hold this sin against the religious leaders. Wow, what incredible faith Stephen had. Then again, in Acts 6, Stephen is described as a man full of faith and of the Holy Spirit. He definitely held true to those words.

Hopefully none of us will ever be in a position of death because of our faith and beliefs but hopefully the Lord will continuously give us opportunities to “preach the Gospel” to those who may have never heard it or maybe to those who don’t have their “listening ears on.” Stephen’s life is a continual challenge to all Christians. How will we respond?

Gracious Lord, help us to have faith similar to that of Your Disciple Stephen. Help us to live out our faith everyday for everyone we encounter to see this incredible faith with their eyes and hearts. Help us all to be Your people and share Your word. In Jesus’ name we pray. Amen.