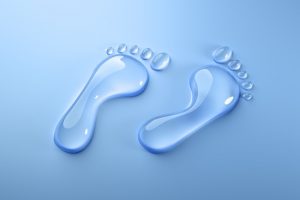 When it comes to reading the scriptures, I must admit that I find some chapters in the Bible as a rather quick read, while other chapters pull me in for a long look. Acts 16 is one of those more engaging chapters. There are several people whose names are mentioned (Timothy, Paul, Silas, a man from Macedonia, a Philippian jailer), and each of those can launch a search of its own. And there are two stories that have helped inform one of the areas of my ministry. Look at Lydia and the jailer.

On the sabbath day we went outside the gate by the river, where we supposed there was a place of prayer; and we sat down and spoke to the women who had gathered there. A certain woman named Lydia, a worshiper of God, was listening to us; she was from the city of Thyatira and a dealer in purple cloth. The Lord opened her heart to listen eagerly to what was said by Paul. When she and her household were baptized, she urged us, saying, “If you have judged me to be faithful to the Lord, come and stay at my home.” And she prevailed upon us. (Acts 16:13-15)

About midnight Paul and Silas were praying and singing hymns to God, and the prisoners were listening to them. Suddenly there was an earthquake, so violent that the foundations of the prison were shaken; and immediately all the doors were opened and everyone’s chains were unfastened. When the jailer woke up and saw the prison doors wide open, he drew his sword and was about to kill himself, since he supposed that the prisoners had escaped. But Paul shouted in a loud voice, “Do not harm yourself, for we are all here.” The jailer called for lights, and rushing in, he fell down trembling before Paul and Silas. Then he brought them outside and said, “Sirs, what must I do to be saved?” They answered, “Believe on the Lord Jesus, and you will be saved, you and your household.” They spoke the word of the Lord to him and to all who were in his house. At the same hour of the night he took them and washed their wounds; then he and his entire family were baptized without delay. He brought them up into the house and set food before them; and he and his entire household rejoiced that he had become a believer in God. (Acts 16:25-33)

Their stories are ones of faith (their personal faith) and of baptism (for their families/households). It seems that their coming to belief and faith in Jesus was shared by others in their family through baptism. My family story, in my family of origin and in the family I have helped to head, has also been told in terms of faith and the celebration of baptism for family members. (Teresa and I presented both Thomas and Stewart for baptism as infants right here are First Pres. This family of faith then helped each of them come to their own faith!) It’s a Presbyterian tradition that may just have some Acts 16 biblical roots.

God, thank You for claiming us in the waters of baptism, setting us on a lifelong journey of finding ourselves as faithful followers of Jesus, in whose name we pray. Amen.