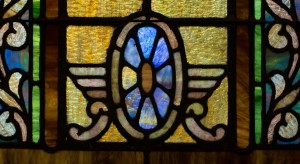 Matthew 7:7-11 has long been used by some to promote the idea that if you become a Christian, you’ll get everything you’ve ever wanted. If you don’t get all that you want, then you’re obviously not following Christ close enough and need to do more. It is a mistake to believe that life as a Christian leads to all desires being met, but that shouldn’t stop us from asking.

I absolutely believe that God hears all of our prayers, and I absolutely believe he answers them. But God does not always answer in the way we want. Whether we are praying for restoration of health, to something smaller and trivial, we have all experienced prayers to which God answers no.

Garth Brooks’ song Unanswered Prayers speaks to this idea. The song is about this high school kid who had a girlfriend and all he wanted to do was marry her, so he prayed each night that God would make her his wife. He grew up and eventually he married someone else. Later, he met his old girlfriend at a high school football game and realized she wasn’t quite the way he remembered her. As she walked away, he looked at his wife and there he thanked God for the gifts in his life, particularly that unanswered prayer.

God said no to his prayer, but had something better in store. God answers our prayers, but not always in the way we immediately want or expect. Our extraordinarily difficult task is to be patient and remember the old saying, “when God shuts a door, he opens a window.”

All-knowing God, help me to be patient so that I might wait for You and accomplish all things in Your time. Amen.