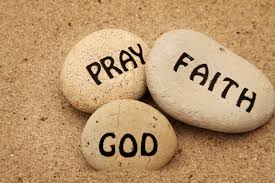 “But Jews came there from Antioch and Iconium and won over the crowds. Then they stoned Paul and dragged him out of the city, supposing that he was dead.” Acts 14:19 (NRSV)

“UNIMAGINABLE!” was the front page headline of The Ledger for Monday June 13, 2016. The word described the worst mass shooting in the United States of America and it did not describe an event in some remote state, but in our own backyard, so to speak, in Orlando, Florida. Television reports included eye-witness accounts of the lone gunman armed with an assault rifle and many rounds of ammunition. He walked into the nightclub and there began a barrage of bullets, killing fifty people and wounding many others. It was a horrific scene!

Once the shooting began I am sure as those wounded and killed fell around the interior of the club that the wounded and those who for the moment had escaped injury did not know what to do. Do we make a run for it and try to get out of the building … risking being shot in the process? Do we crawl to get to an area where we might barricade ourselves from the spraying of bullets? Do we remain huddled where we are and hope that the gunman does not come to search for the living among the injured and dead with the intent to kill even more? Do we stay where we are, terrified as we are; play dead or appear dead, and pray that this nightmare will end and we will escape or be rescued? What would anyone do? We would have “to put ourselves in their shoes” and none of us wants to do that and furthermore we wish we could have rescued all of them from this senseless act of violence … hate crime … or terrorism.

In our scripture lesson today the Apostle Paul had met with success as he proclaimed the Good News of Jesus Christ to Jews and Gentiles in Iconium and later Lystra. He hurriedly left Iconium upon learning that plans were being made to stone him and Barnabas. In Lystra the Jews succeeded in stirring up the crowd to join them in stoning Paul. According to Acts 14:19, Paul’s assailants unknowingly become his rescuers. After having stoned Paul, they drag him out of the city … supposing that he was dead. I don’t believe that Paul was “playing dead.” I believe he was wounded to an unconscious state and presumed to be dead by those who had stoned him. We know that the Apostle Paul suffered many things for his faith and for proclaiming Jesus as Lord. (see II Corinthians 11:23-27) In those instances of human cruelty, we can only say that their acts were “unimaginable.”

We mourn with those families who lost loved ones in this mass shooting. We lament the pain and suffering that the wounded must endure. We pray for all those whose lives have been forever changed by what happened in Orlando on June 12, 2016. In a church and a school, in a nightclub or a theater, we have seen and heard the reports of senseless violence … of innocent and unsuspecting persons becoming victims at the hands of persons filled with anger and hatred bent on killing and bringing heartache and sorrow to so many more.

O God, we pray for our enemies who are so filled with rage that they act on it by injuring and killing people. We pray for those who mourn and for those who have been subjected to pain and suffering through acts of senseless violence. We thank You that in life and in death we belong to You. We thank You for the Apostle Paul and so many others who have suffered for the faith and who have advanced and prospered Christ’s Church by their faithful witness. In Christ’s name, we pray. Amen.