Use It or Lose It! 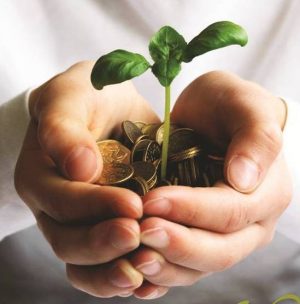 This parable, The Parable of the Pounds, that Jesus tells on His way to Jerusalem sounds very similar to The Parable of the Talents that the evangelist Matthew tells in Chapter 25:14-30. Both stories have a man who divests some of his wealth to his servants or slaves and leaves on a journey. There is some confusion in the text regarding how many servants or slaves were entrusted with money. Upon the return of the nobleman and the subsequent accounting, three servants or slaves tell how they used the money. In both stories two of them make the money work for their master so that he receives more than he gave them. The other servant or slave buried the money in the ground so he returned to his master only what he had given him before he went away. He expects his servants or slaves to use the money and at the very least get some interest from it. Both of the servants or slaves who invested their master’s money were rewarded while the one who had not been a good steward forfeits what might have been his and more if he had used the money.

In Luke there is another story tied with this parable. We learn that citizens of the country hate the nobleman and do not want him reigning over them. The story concludes with the rebels’ plan being thwarted. The plot to overthrow fails. The enemies are apprehended and lose their lives. The nobleman retains his royal power and the kingdom is secure!

O God, we confess that we have not always wisely used the gifts You have given us. We have been idle when we could have been useful. We have spent money to amuse ourselves when it could have been spent to help others. We have not cultivated our talents and gained knowledge and skills so that we might be more productive and make greater contributions to our world. Forgive us. Daily nudge us or gently remind us to be good stewards of the gifts You have given us for Christ’s sake and ours. In His name, we pray. Amen.