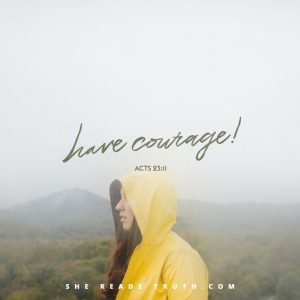 Then he called two of his centurions and ordered them, “Get ready a detachment of two hundred soldiers, seventy horsemen and two hundred spearmen to go to Caesarea at nine tonight. Provide horses for Paul so that he may be taken safely to Governor Felix.”

He wrote a letter as follows:

To His Excellency, Governor Felix:

This man was seized by the Jews and they were about to kill him, but I came with my troops and rescued him, for I had learned that he is a Roman citizen. I wanted to know why they were accusing him, so I brought him to their Sanhedrin. I found that the accusation had to do with questions about their law, but there was no charge against him that deserved death or imprisonment. When I was informed of a plot to be carried out against the man, I sent him to you at once. I also ordered his accusers to present to you their case against him.

So the soldiers, carrying out their orders, took Paul with them during the night and brought him as far as Antipatris. The next day they let the cavalry go on with him, while they returned to the barracks. When the cavalry arrived in Caesarea, they delivered the letter to the governor and handed Paul over to him. The governor read the letter and asked what province he was from. Learning that he was from Cilicia, he said, “I will hear your case when your accusers get here.” Then he ordered that Paul be kept under guard in Herod’s palace. Acts 23:23-35

I know we’ve talked about it before but God has a sense of humor. God could have used several ways to get Paul to Caesarea, but He chose to use the Roman army to deliver Paul from his enemies. Our ways are often limited, we only know so much, can only do so much, and can only “see” so much. But our God – He can move mountains! I think a lot of times we tell God how big our problems are, instead of telling our problems how BIG our God is. He can do ALL things.

I also find it very interesting that Paul goes before Felix, who was the Roman governor, and had the same exact position of Pontius Pilate. How similar Jesus and Paul’s stories become at this point in time. Both men have plots against them to be killed because of their beliefs and spreading the Word of God. The Jews were given much freedom to govern themselves; however the Governor ran the army, kept the peace, and gathered the taxes. But now we have to wait and see what happens in Chapter 24 as Paul’s trial goes before Felix.

All Knowing Lord – You know exactly which way we should go, what we should do, what we should say, and how we should live our lives. Help us to keep our prayer lives open to Your will, always listening for that still small voice to lead us. Remind us Lord, that You can do ALL things. In Jesus’ name. Amen.