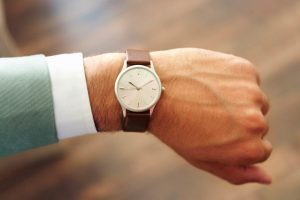 When they had brought them, they had them stand before the council. The high priest questioned them, saying, “We gave you strict orders not to teach in this name, yet here you have filled Jerusalem with your teaching and you are determined to bring this man’s blood on us.” But Peter and the apostles answered, “We must obey God rather than any human authority. The God of our ancestors raised up Jesus, whom you had killed by hanging him on a tree. God exalted him at his right hand as Leader and Savior that he might give repentance to Israel and forgiveness of sins. And we are witnesses to these things, and so is the Holy Spirit whom God has given to those who obey him.” When they heard this, they were enraged and wanted to kill them. But a Pharisee in the council named Gamaliel, a teacher of the law, respected by all the people, stood up and ordered the men to be put outside for a short time. Then he said to them, “Fellow Israelites, consider carefully what you propose to do to these men. For some time ago Theudas rose up, claiming to be somebody, and a number of men, about four hundred, joined him; but he was killed, and all who followed him were dispersed and disappeared. After him Judas the Galilean rose up at the time of the census and got people to follow him; he also perished, and all who followed him were scattered. So in the present case, I tell you, keep away from these men and let them alone; because if this plan or this undertaking is of human origin, it will fail; but if it is of God, you will not be able to overthrow them—in that case you may even be found fighting against God!” They were convinced by him.
Acts 5:27-39

We have heard it said “Fools rush in where angels fear to tread.” Sometimes there is merit in waiting and watching.

After the Resurrection, when the good news of Jesus was sweeping through Jerusalem, the Jewish religious leaders were trying to silence the apostles. As they tried this tact with Peter, a wise man, Gamaliel, gave some sage advice. Recounting some recent human led insurrections, he spoke of how, over time, they fell apart. And then he encouraged the members of the Council to wait before they took action against the apostles. Why? “…Because if this plan or this undertaking is of human origin, it will fail;but if it is of God, you will not be able to overthrow them—in that case you may even be found fighting against God!”

Sometimes, we should prayerfully wait to see what God has in store before we jump in with our own instincts to oppose.

Dear God, give the patience and the faith to truly observe what happens around me, so that I might be receptive to Your actions in our world and my life. Amen.