Was It Nervous Laughter? 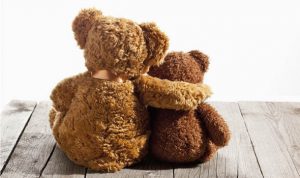 And they laughed at Him knowing she was dead.
Luke 8:37

Today our scripture lesson from the Gospel of Luke presents us with another miraculous healing story. Actually, it is a two-part story that has another miraculous healing story of seven verses within the entire reading of the Gospel of Luke verses 40-56. After Jesus returned to Galilee He was met by a man named Jairus, who was a leader of the synagogue. Jairus fell at Jesus’ feet and begged Him to come to his house. His only daughter, age twelve, was dying. There is a slight delay as Jesus makes His way as a woman reaches out to touch Jesus’ robe in a desperate effort to be healed of an affliction she has long borne. Jesus acknowledges that someone has touched Him and He has felt healing power released from Himself and He calls the person to step out from anonymity into the spotlight. A woman steps forward, confesses what she has done and tells what has happened as a result of reaching out. Jesus declares that her faith has made her well and He bids her to go in peace.

At that moment a messenger arrives and announces to Jairus and all that his daughter has died and that there is no need to trouble Jesus. Jesus overhears and says to Jairus, “Do not fear. Only believe, and she will be saved.” Jesus, Jairus, the disciples and a crowd go to Jairus’ house but Jesus allows only Jairus, Peter, James, and John to follow Him inside where the mother, Jairus daughter, and mourners were. The house was filled with weeping and wailing. Then Jesus announced, “Do not weep; for she is not dead but sleeping.” Then we read these words: “And they laughed at Him, knowing she was dead.” The question begging for an answer is this: “About what was that laughter?” Were they laughing, believing Jesus might be giving the parents false hope? Were they laughing thinking Jesus could not possibly raise her from the dead? Were they laughing thinking Jesus was delusional? Were they laughing because they did not know what to say to comfort the grieving parents? Very often people do not know what to say when someone has died. Very often people fail to realize that mourners may just need to know that others are there and care. At the time of bereavement, mourners tend to appreciate people’s presence with them more than the words they speak, unless they are about how dear and beloved the deceased one is.

The laughter quickly subsided and was replaced by great joy. Jesus took Jairus’ daughter by her hand and called to her to get up. She got up at once and Jesus instructed that she should be given something to eat. Her parents were astounded but they were charged to tell no one what had happened. Perhaps the parents were then gripped by nervous laughter wondering how Jesus could ever think they could keep this good news a secret. Their daughter had been restored to life thanks to Jesus’ healing touch.

Blessed Lord, help us always to speak words that are comforting to those who grieve. Guard us from saying anything that might add to their pain and suffering. Whenever we feel that we do not know what to say, keep us mindful that a warm handshake, a pat on the back or a hug are ministries of presence, whose value can never be underestimated. In the name of Jesus, we pray. Amen.