Watch Out for Woeful Behavior 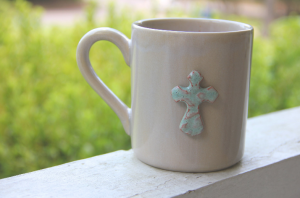 As the intensity builds while Jesus was moving toward the cross, his outrage with the Pharisees (the religious leaders who self-righteously opposed the truth and the way Jesus was proclaiming) reached its peak. And in Matthew 23, we find Jesus announcing a series of woes on the behavior of these smugly religious posers. As a hopefully religious and spiritual person, I read this chapter as a check-list on how I better not behave.

Then Jesus said to the crowds and to his disciples, “The scribes and the Pharisees sit on Moses’ seat; therefore, do whatever they teach you and follow it; but do not do as they do, for they do not practice what they teach. They tie up heavy burdens, hard to bear and lay them on the shoulders of others; but they themselves are unwilling to lift a finger to move them. They do all their deeds to be seen by others; for they make their phylacteries broad and their fringes long. They love to have the place of honor at banquets and the best seats in the synagogues, and to be greeted with respect in the marketplaces, and to have people call them rabbi. But you are not to be called rabbi, for you have one teacher, and you are all students. And call no one your father on earth, for you have one Father—the one in heaven. Nor are you to be called instructors, for you have one instructor, the Messiah. The greatest among you will be your servant. All who exalt themselves will be humbled, and all who humble themselves will be exalted.

“Woe to you, scribes and Pharisees, hypocrites! For you tithe mint, dill, and cummin, and have neglected the weightier matters of the law: justice and mercy and faith. It is these you ought to have practiced without neglecting the others. You blind guides! You strain out a gnat but swallow a camel!

“Woe to you, scribes and Pharisees, hypocrites! For you build the tombs of the prophets and decorate the graves of the righteous, and you say, ‘If we had lived in the days of our ancestors, we would not have taken part with them in shedding the blood of the prophets.’ Thus you testify against yourselves that you are descendants of those who murdered the prophets. Fill up, then, the measure of your ancestors. You snakes, you brood of vipers! How can you escape being sentenced to hell? Therefore I send you prophets, sages, and scribes, some of whom you will kill and crucify, and some you will flog in your synagogues and pursue from town to town, so that upon you may come all the righteous blood shed on earth, from the blood of righteous Abel to the blood of Zechariah son of Barachiah, whom you murdered between the sanctuary and the altar. Truly I tell you, all this will come upon this generation.
Matthew 23:1-36

When it comes to being a religious person, I may have some things left to do (or undo.)

Lord, let me live my life today in a manner that truly reflects how I profess to be a believer in Jesus Christ, my Lord and Savior. Amen.