What Difference Would One Day Make? 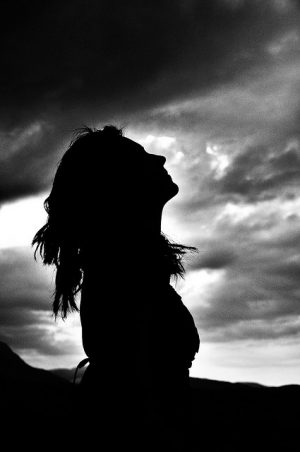 But the leader of the synagogue, indignant because Jesus had cured on the Sabbath, kept saying to the crowd, “There are six days on which work ought to be done; come on those days and be cured, and not on the Sabbath day.”
Luke 13:14

Close your eyes and visualize these scenes!

A woman has been crippled for eighteen years. Along the roads and in the streets, how many times had she walked right into someone? It happened to you one day. Your parcels went flying. Though you could not see her face you shouted, “Raise your head old woman and look out where you are going!” How many times had that been said to her in all those years? She did not mean to walk into people. She tried to notice where she was going and the footprints of others as she walked along.

She has seen the sunlight all around her, but she has not been able to feel the sun’s rays on her face. She has not been able to lift her head up to see a rainbow after a rainstorm, but she remembers how beautiful they always were. She has not been able to gaze at the stars and to observe the phases of the moon, but her family speaks of the starry nights and recently told her about a supermoon. In the mornings she was awakened to the songs of birds but she could not see them singing. She was at the Temple that day listening to Jesus teach and then Jesus called her out. He tells her, “Woman, you are set free from your ailment.”

She thinks to herself, I’m going to get a good night’s sleep … something I have missed for a long time. I am going to be able to look people in the eye again. It is going to feel great to stretch my arms and legs and to be freed of that crackling sound in my neck. Jesus has healed her and then she hears that leader of the synagogue criticizing Him for healing her on the Sabbath. He is wondering what would have been so terrible if the woman had to wait one more day to be healed. He is wondering why Jesus broke the Sabbath law when the woman had lived with the condition for eighteen years.

The woman would like to have said, “Very well, you be burdened with my affliction for eighteen years! Then, tell me what a difference it would make to you!” We need to remember to imagine what it is like to walk in someone’s shoes before speaking and especially before being hypercritical. I believe the leader of the synagogue would have clearly seen just what a difference a day can make! We also need to remember that “the Sabbath was made for man and not man for the Sabbath.”

O God, Jesus was more kind and patient in dealing with others than we often are. We thank You that He seized opportunities to do good to people in need. Help us to show the love and compassion of Christ when people are in need. And when people criticize us, help us to bridle our tongues, but enable us to make our viewpoints known. In Jesus’ name, we pray. Amen.