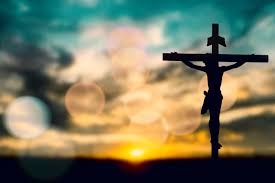 Contained in the Gospel According to John are a series of “I AM” statements. In several places, Jesus gives good news to people by claiming that what they need – He is.

The Jews took up stones again to stone him. Jesus replied, “I have shown you many good works from the Father. For which of these are you going to stone me?” The Jews answered, “It is not for a good work that we are going to stone you, but for blasphemy, because you, though only a human being, are making yourself God.” Jesus answered, “Is it not written in your law, ‘I said, you are gods’? If those to whom the word of God came were called ‘gods’—and the scripture cannot be annulled— can you say that the one whom the Father has sanctified and sent into the world is blaspheming because I said, ‘I am God’s Son’? If I am not doing the works of my Father, then do not believe me. But if I do them, even though you do not believe me, believe the works, so that you may know and understand that the Father is in me and I am in the Father.” Then they tried to arrest him again, but he escaped from their hands.
John 10:32-a39

It wasn’t good news to the religious leaders of the Jews, but Jesus was God’s Son. It wasn’t good news to them, because the religious leaders had twisted God’s word to suit their purposes. They had made God’s love contingent upon following some legalistic code that they had established and could control. And Jesus was showing how God’s love flows into the world.

Great God of the Universe, thank You for showing me Your love in my Lord and Savior, Your Son Jesus, whom I have met and in whose name I pray. Amen.