When Israel Was in Egypt’s Land ~ Hymn 52 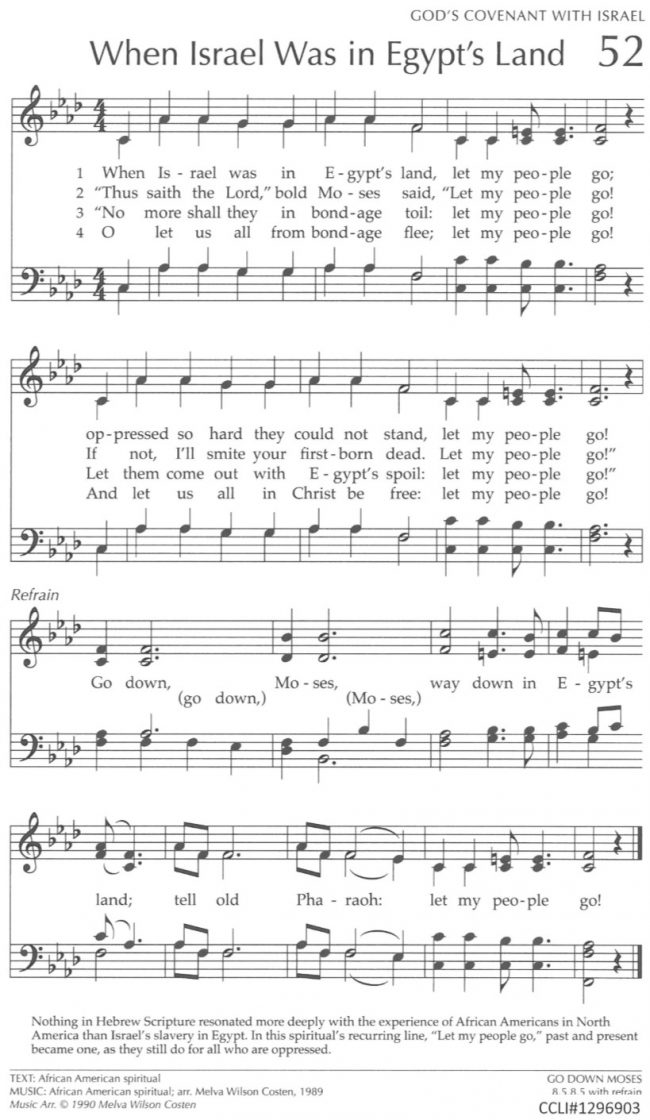 We continue with the story of Moses and the Hebrew people before their departure from Egypt. God has seen the suffering of His people and God has not been pleased that Pharaoh promises to release God’s people and then reneges on that promise. God decides to “sweeten the pot” for the Hebrews. According to God’s decrees, Moses told the people to ask the Egyptians for their clothing and for their jewelry of gold and silver.

The Hebrew people’s departure with the Egyptians goods is alluded to in the third verse of When Israel Was in Egypt’s Land. We sing, “Let them come out with Egypt’s spoil: Let my people go.”

Dear God, it is hard for us to imagine the suffering and oppression of Your people in Egypt. It is often hard for us to put ourselves in others’ shoes, who have known injustice and prejudice. Forgive us when we have been part of the problem rather than part of the solution. Help us to treat one another fairly and as we ourselves would desire to be treated. In Christ’s name, we pray. Amen.