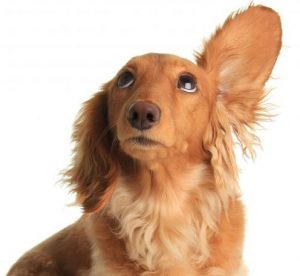 Years ago an advertising agency came up with a clever television campaign for the brokerage company, E.F. Hutton. In a very crowded and noisy place, such as the baggage claim area of a major airport, two men were engaged in conversation about their investments. One said to the other, “Well, my broker is E.F. Hutton” and then everything in that area became silent and stopped. The carousel for the luggage stopped. No one moved a muscle. All shouting and noises ceased and all eyes were directed toward the man speaking. He finished his sentence by saying: “and when E. F. Hutton speaks, people listen.” And indeed they did!

In our scripture lesson for today Jesus is preparing to enter the city of Jerusalem. Jesus sends two disciples ahead and they are to be on the lookout for a colt that has never been ridden. Jesus then tells them that when they find it they are to untie it. If they are questioned about their actions, then they are to respond by saying, “The Lord needs it.”

The disciples go into the city and sure enough they find a colt tied there. Just how they knew it had not been ridden, we do not know. As they are untying the animal, its owners approach them and ask, “Why are you untying the colt?” They say, “The Lord needs it.” Nothing else is said! The owners permit the disciples to untie the colt and to take it to Jesus.

Were the owners curious as to the identity of the Lord? Had they dreamed of such a scenario as this? Did the owners follow the disciples to see where they were taking the colt? Did they later become disciples of Jesus? These are questions for which we have no answers. How attentive are we to what Jesus might say to us today?

Hymn: I Heard the Voice of Jesus Say

I heard the voice of Jesus say, “Come unto me and rest, lay down O weary one lay down your head upon my breast.” I came to Jesus as was, so weary, worn and sad I found in Him a resting place and he has made me glad.

I heard the voice of Jesus say, ‘Behold, I freely give the living water thirsty one; stoop down and drink and live. I came to Jesus and I drank of that life-giving stream; my thirst was quenched, my soul revived; and now I live in him.

I heard the voice of Jesus say, “I am this dark world’s light; look unto me your morn shall rise; and all your day be bright.” I looked to Jesus and I found in him my star; my sun; and in that light of life I’ll walk till traveling days are done.

O God, we tend not to hear Your voice as clearly as did Your disciples who walked with You those three years of Your earthly ministry. We tend not to be as certain of Your voice to us in a dream as were the owners of the colt who relinquished it for Your service. In the deep recesses of our heart we do hear You speak to us. Help us to be attentive to Your voice and obedient to Your will. In Jesus’ name, we pray. Amen.