When ‘Trying To See’ Becomes An Excuse For Not Seeing? 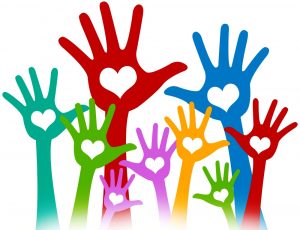 “What were all of these things going on under Herod’s jurisdiction? And who was responsible?” Herod was indeed perplexed. Herod thought he had resolved his problem with beheading John the Baptist.

These things continued after John the Baptist’s death. Some explained that John the Baptist had been raised from the dead. Others claimed that Elijah had appeared, and still others credited ancient prophets from having risen from the dead. Herod said. “John I beheaded; but who is this about whom I hear such things? And he tried to see him.”

At first it seems that Herod is feigning ignorance. He asks, “who is this about whom I hear such things?” But then we read, “… he tried to see him.” Herod knows it is Jesus and the reason we know that he knows what he knows is because the text declares, “he tried to see him.” Herod could not try to see someone whose identity he did not know. Since he knew for whom he was searching, then he should have been able to find him if he really wanted to do so.

Like Herod, we are pretty good at making up excuses for not doing the things we pretend we want to do. “I tried to see him.” Do you really believe Herod tried or was he only making an excuse for not doing what he claimed he wanted to do?

For thirty-six to forty Saturdays a year our Soup Kitchen serves the hungry, but do you really want to assist in preparing and serving a meal to neighbors in need? Would you really like to help out in the Soup Kitchen?

Nine Saturday evenings a year our church hosts Saturday Nite Live, but do you really want to chaperone and help our mentally and physically challenged friends who look forward to this time of fellowship? Are you interested enough in SNL to come and experience it just once?

Our church puts out American flags on three holidays (Memorial Day, 4th of July and Veteran’s Day). Are you willing to devote some time to displaying our patriotism on our front lawn and then removing and storing the Stars and Stripes? It is not a huge investment of time, but it means a lot! An opportunity is knocking at your door!

If Herod had really wanted to see Jesus, then he could have. If you really want to help your church and serve others, then perhaps you can sign up to help or call Alan at 294-3121.

O God, we can say we are interested, but if we are not willing to devote some energy and some time, then our inaction speaks louder than our words. Forgive us for making excuses for not doing the things we pretend we want to do. We make our prayer in Jesus, name. Amen.