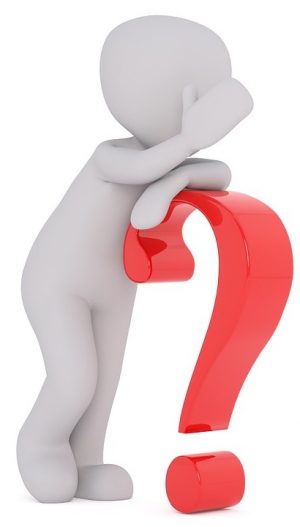 And they were afraid to ask Him about this saying.
Luke 9:45c

Now it was not like they were hearing Jesus Passion Prediction for the first time! Already in Chapter 9, verse 22, Jesus tells the twelve, “The Son of Man must undergo great suffering, and be rejected by the elders, chief priests and scribes, and be killed, and on the third day be raised.” Following that passion prediction, we seemingly see no reaction by the twelve. They don’t seem upset. They don’t ask any questions. They just accept the news and keep following.

In what precedes another passion prediction in the Gospel of Luke, we learn Jesus has healed an epileptic boy. The healthy boy is given back to his father and all acquainted with the situation and all who witnessed the miracle are astounded at the greatness of God. Everyone was amazed at what Jesus was doing. From this high note Jesus now sounds a low one. Jesus signals its importance by saying, “Let these words sink into your ears.” Now that He has gotten their attention, He tells them, “The Son of Man is going to be betrayed into human hands.”

After this mini passion prediction, the evangelist tells us that the twelve did not understand the saying. Then we learn that it is not entirely their fault. The evangelist, Luke, adds, “its meaning was concealed from them, so they could not perceive it.” Jesus wants the twelve to know what is facing Him. Inasmuch as the meaning was concealed from the twelve, this may have been one of those situations where Jesus wanted them to know and He didn’t want them to know.

Obviously the twelve must have picked up some pieces of knowledge, but they were not sure. The evangelist, Luke, tells us, “And they were afraid to ask Him about this saying.” To some degree it seems that the twelve wanted to know and they didn’t want to know. They were content to wait until ‘tomorrow.’ While there was so much that the disciples did not understand, perhaps they had learned well this teaching of Jesus: “Do not worry about tomorrow, for tomorrow will bring worries of its own. Today’s trouble is enough for today.” (Matthew 6:34)

O God, there are things we don’t want to know. There are many things we need to know. Help us to remember that tomorrow will bring worries of its own. Always grant that Your words will sink into our ears so that we do not miss the important things You want us to know. Give us confidence, courage, and strength in dealing with today’s troubles. In Christ’s name, we pray. Amen.