Who Is the Greatest? 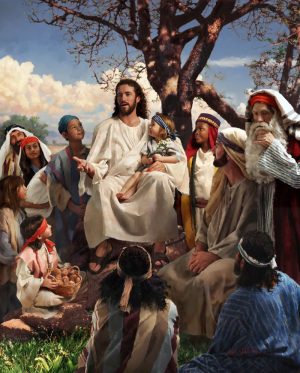 He was unabashedly proud of declaring that he was “the greatest.” The “He” I am referring to is the late boxer Muhammad Ali. Without a doubt he was a star in the boxing ring and in his career, he received many awards and honors, won a number of titles and belts and made a sizeable fortune. While many times victorious at the end of the matches, he nevertheless sustained multiple injuries that no doubt contributed to his health problem in later years. Up to drawing his last breath he still insisted that he was the greatest.

These disciples who had been following Jesus around the countryside had forgotten who their leader was. Jesus is the greatest and they were able to do commendable things only because He had empowered them. What happened was that arguments broke out as they were traveling, One would say, “I am the best.” Another would respond, ‘No, you’re not. I am!” Jesus heard the arguments and He wanted them to own up to what they were saying. Jesus asked, “Why are you arguing? What are you saying?” Their faces turned red because they were caught in the act. They had all been drawn into this contest of one-up-man ship. They looked down at the ground and were ashamed because they knew better. They knew that they should not have been arguing about who is the greatest.

“Jesus stopped, sat down, and invited the disciples to sit down with Him. He lifted a child onto His lap. ‘If you want to be the greatest, serve and help everyone else,’ Jesus told them. ‘This child believes in God and can serve others. It doesn’t matter how big or strong or smart or fast you are. Anyone can serve and help others if he or she tries. Then you are truly great.’”

Many of us have been great and we did not know it and that is probably a good thing. Jesus redefined greatness and challenged His disciples to discover “the greatness that even children can show.

O God, in the quest for greatness guard us from being competitive. Let our goal be to help and serve others, knowing that as we do that here on earth, You will reward those who have faithfully served others with the greatest commendation we could ever hope to receive, namely, “Well done, my good and faithful servant!” In Jesus’ name we pray. Amen.