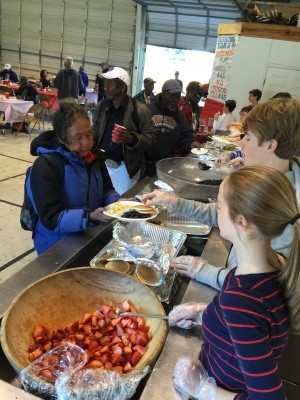 One day Peter and John were going up to the temple at the hour of prayer, at three o’clock in the afternoon. And a man lame from birth was being carried in. People would lay him daily at the gate of the temple called the Beautiful Gate so that he could ask for alms from those entering the temple. When he saw Peter and John about to go into the temple, he asked them for alms. Peter looked intently at him, as did John, and said, “Look at us.” And he fixed his attention on them, expecting to receive something from them. But Peter said, “I have no silver or gold, but what I have I give you; in the name of Jesus Christ of Nazareth, stand up and walk.” And he took him by the right hand and raised him up; and immediately his feet and ankles were made strong. Jumping up, he stood and began to walk, and he entered the temple with them, walking and leaping and praising God. All the people saw him walking and praising God, and they recognized him as the one who used to sit and ask for alms at the Beautiful Gate of the temple; and they were filled with wonder and amazement at what had happened to him. Acts 3:1-10

The third chapter of the book of Acts takes us further into the story of the church in the power of the Holy Spirit. The early church was often marked by miracles, like the healing of the man who had spent his life sitting and begging. I find the events described in these stories amazing and inspiring. And I also treasure the truth expressed by the apostles about “whose doing” these deeds of power actually were.

Now, I need to quickly state that the powerful things I have been blessed to share in ministry have more often involved feeding hungry people or sharing the good news of life eternal, than helping the disabled to dance (although that does happen here at the church sometimes at Saturday Nite Live.)

And yet, regardless of the powerful ways God uses each of us in ministry day to day, I need to remember that “it’s not by my own power or piety” that I take part, it’s God’s doing. And I am blessed each time I get to be involved.

Dear God, put me some place today where Your power in me can make a difference in someone’s life. I ask this through the risen Lord, Jesus, in whose name I pray.