You Can Believe It! 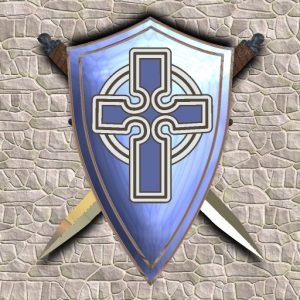 Every word of God proves true; he is a shield to those who take refuge in him.
Proverbs 30:5

In 1897, eight-year-old Virginia O’Hanlon asked her father if Santa Claus really existed. Dr. O’Hanlon suggested to his daughter that she write The Sun, a prominent New York City newspaper in those days with an excellent reputation for excellence in journalism. He assured her “if you see it in The Sun, it’s so.” Francis Pharcellus Church responded to Virginia’s question and he gave The Sun’s readers, young and old alike, an answer on the editorial page worthy of serious reflection and contemplation. That editorial will be 120 years old this year and since its writing it has proven to be the most reprinted editorial in all English language newspapers.

Unfortunately not all newspapers today are as reputable as The Sun. Certain papers have been noted as being biased in their news reporting. Others have been slow to issue retractions when errors or falsehoods have appeared within their pages. We can’t always believe what we read in newspapers!

The writer of Proverbs is correct stating “Every word of God proves true.” Especially today when we know there are so many falsehoods and inaccuracies in what we hear and read, it is comforting to know that God’s Word is true. We can believe God’s Word. It is reassuring that we can depend on this Source when we know that there are so many unreliable sources in our world.

Furthermore, “[God] he is a shield to those who take refuge in him.” In the midst of so many “bad news” stories that fill our newspapers and that dominate our radio and television newscasts, we do seek refuge in God. Bombings, conspiracy, floods, hate crimes, “he said, he said” conversations, knife attacks, missile testing, shootings, tornadoes, and vehicles used as weapons. And those are just a smattering of the bad news stories! We want to escape from the world, but God has armed us with the Good News of Jesus Christ and sends us back out into the world after our spirits rebound having found refuge in Him.

O Lord, thank us for reassuring us that Your Word is always true. We thank You too that You are our shield and we can find refuge in You. How comforting and encouraging these promises are to us. In Christ’s name, we pray. Amen.