Easter Reflections: He Is Not Here! 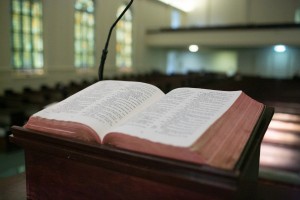 In Luke 23, Jesus is crucified, dies, and is buried. A man named Joseph collects Jesus’ body from the cross and lays him in a tomb behind a large stone. A group of women including Mary Magdalene, Mary – mother of James, and Joanna saw where Jesus’ body was laid to rest, and went home to begin preparing spices and ointments to anoint his body. But, by the time they were finished, the Sabbath had begun, so they were required by law to rest. Imagine if they had finished earlier or chose to break the law and work on the Sabbath – they would have found Jesus’ body lifeless and laying in the tomb. Instead, they had to wait until Sunday and what they found, or didn’t find, is a cornerstone of our faith.

When the women arrived at Jesus’ tomb early Sunday morning, they found the stone rolled away. When they went inside, they saw that his body was gone and became confused. Suddenly, two men in dazzling robes appeared, and the women fell to their faces before them. The angels asked the women, “Why are you looking among the dead for someone who is alive? He isn’t here! He is risen from the dead!” (v. 5-6 NLT).

Luke is one of the Gospel writers, and the word gospel comes from the Greek word euangelion, which means “good news.” What the angels said to the women in v. 5-6 is nothing if not good news. Not only is their dear friend alive, but their Savior has conquered the grave! I don’t imagine these women truly grasped at the time the significance of what Jesus did that day, but his death and resurrection have shaped this world and the impact has rippled through the human experience since the very first Easter.

As we continue to celebrate Eastertide, may we live in the joy and freedom He offers because He is risen!

Dear Lord, you willingly paid the ultimate price for us and conquered the grave. May we live our lives as people who follow a risen Lord, because we do! Thank you for the love and freedom you offer us daily. Amen.