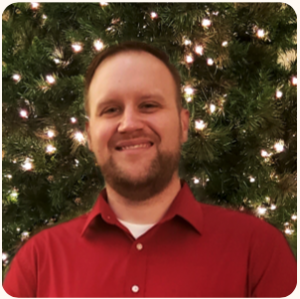 Jeremy Rath is a native of Western New York.  He grew up in Hamlin, New York; a small, rural town situated midway between Rochester and Buffalo, on the shores of Lake Ontario.  Starting piano lessons in the fourth grade, he quickly fell in love with music. He studied organ, piano, and voice at Roberts Wesleyan College in Rochester. There, he received his Bachelor of Science in Music Education as well as his Masters of Music in Music Education.

Jeremy began his music teaching career to the eager students of Elba Central School.  There, he taught general and vocal music to young musicians in grades K-12.  After 6 years there, he returned to his Alma Mater, Kendall Central School, again instructing students at all grade levels.  At both schools, Jeremy directed the elementary, middle, and high school choruses, as well as multiple elementary and secondary musicals.  In 2013, he received special recognition by the Rochester Philharmonic Orchestra for his excellence in teaching.

Jeremy started playing the organ and piano for church services while still in Junior High School, at age 13.  Since then, he has been active in many different congregations making music together with God’s people.

When not on the bench, Jeremy enjoys spending time with family, traveling, and riding his bicycle (and is eager to explore the trails in Central Florida).  He also has a deep appreciation for architecture and history.

COME TO THE STABLE: A LIVING NATIVITY STROLL

FIRST SUNDAY OF ADVENT WITH COMMUNION