A Pass It On: John Calvin 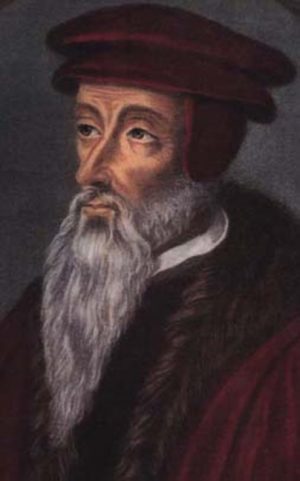 18 And I tell you, you are Peter,[a] and on this rock[b] I will build my church, and the gates of Hades will not prevail against it.

John Calvin was a great Christian reformer, theologian, and pastor who lived in the 1500’s. Calvin was closely tied to the Roman Church. However, by 1527, Calvin had developed friendships with individuals who were reform-minded. These contacts set the stage for Calvin’s eventual switch to the Reformed faith. It is thought that in 1533, Calvin experienced the sudden and unexpected conversion that he writes about in his foreword to his commentary on the Psalms. He studied on his own, preached, and began work on his first edition of the Institutes—an instant best seller. By 1536, Calvin had disengaged himself from the Roman Catholic Church. But Calvin’s fame in Geneva preceded him. Farel, a local reformer, invited him to stay in Geneva and threatened him with God’s anger if he did not. Thus began a long, difficult, yet ultimately fruitful relationship with that city. He began as a lecturer and preacher, but by 1538 was asked to leave because of theological conflicts. He went to Strasbourg until 1541. His stay there as a pastor to French refugees was so peaceful and happy that when in 1541 the Council of Geneva requested that he return to Geneva, he was emotionally torn. He wanted to stay in Strasbourg but felt a responsibility to return to Geneva. He did so and remained in Geneva until his death May 27, 1564. Those years were filled with lecturing, preaching, and the writing of commentaries, treatises, and various editions of the Institutes of the Christian Religion. (Dr. Karin Maag, H. Henry Meeter Center for Calvin Studies)

John Calvin’s understanding of faith and practice was the foundation for the Presbyterian Church. Calvin wrote commentaries on many biblical books. His Institutes of the Christian Religion is not an easy read at nearly 2000 pages. But my faith has been sparked by Calvin’s experience of God and the church.

I shall start, then, with the church, into whose bosom God is pleased to gather his children, not only that they may be nourished by her help and ministry as long as they are infants and children, but also that they may be guided by her motherly care until they mature and at last reach the goal of faith ….. For those to whom God is Father the church may also be Mother.

I thank You God for the influence the church and its people have had on my life and faith. Help me to rest in the care of this spiritual “mother” as I follow the only Son of my Heavenly Father. Amen.