A Pass It On: Lois Cheney 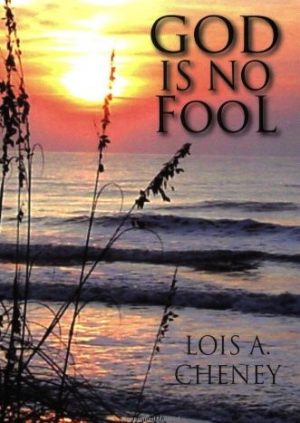 29 But wanting to justify himself, he asked Jesus, “And who is my neighbor?” 30 Jesus replied, “A man was going down from Jerusalem to Jericho, and fell into the hands of robbers, who stripped him, beat him, and went away, leaving him half dead. 31 Now by chance a priest was going down that road; and when he saw him, he passed by on the other side. 32 So likewise a Levite, when he came to the place and saw him, passed by on the other side. 33 But a Samaritan while traveling came near him; and when he saw him, he was moved with pity. 34 He went to him and bandaged his wounds, having poured oil and wine on them. Then he put him on his own animal, brought him to an inn, and took care of him. 35 The next day he took out two denarii,[k] gave them to the innkeeper, and said, ‘Take care of him; and when I come back, I will repay you whatever more you spend.’ 36 Which of these three, do you think, was a neighbor to the man who fell into the hands of the robbers?” 37 He said, “The one who showed him mercy.” Jesus said to him, “Go and do likewise.”

Lois A. Cheney, Ph.D. was a professor emeritus at Bowling Green State University. In addition to her teaching responsibilities (33 years), Lois led numerous religious and educational retreats and conducted communication workshops for professionals throughout the country. Lois was the author of God is No Fool. She attended Muskingum College and received her master’s and doctoral degrees from Kent State University and Michigan State University, respectively. Lois was very active for many years with the First Presbyterian Church of Bowling Green where she served as a Deacon and an Elder. She also served as a Sunday school teacher for teens and adults locally and nationally.

From God is No Fool:

Have you ever watched a seven-year-old listening – inhaling – a story? Eyes wide, mouth slung open, mind churning, he lives, accepts, and believes. He is totally absorbed.

This man-God Jesus. He was a good storyteller. He knew what he was doing.”

Thank You, God, for having others tell me the stories of Jesus. And thank You for letting me read and tell the story of Jesus’ life and the stories he told to others. Thank for the moments in life when that story helps my story make sense. In Jesus’ name I pray. Amen.