ADLs and an Act of an Apostle 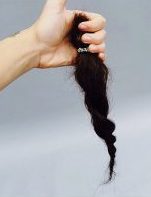 After staying there for a considerable time Paul said farewell to the believers and sailed for Syria accompanied by Priscilla and Aquila. At Cenchreae he had his hair cut, for he was under a vow. Acts 18:19 (NRSV)

As some of you may recall, I served as the Food Service Director for a 120 bed nursing facility in North Carolina for four years before I began my studies at Columbia Theological Seminary. As the “acting” dietitian, I met with the nursing staff, therapists, and the activity coordinator regularly to review and discuss residents’ health and care. It was in this setting that I first became acquainted with the health care term “ADL.” The abbreviation stands for: Activities of Daily Living.

ADLs are basic self-care tasks that people usually learn in early childhood. These activities include: grooming, feeding, maintaining continence, toileting, bathing, selecting proper attire, dressing, and walking. One activity of the grooming task might include cutting one’s hair or getting a haircut! While not a daily activity, its frequency varies depending upon how fast one’s hair grows and how long or short one is required or prefers to wear one’s hair. In Biblical times Nazorite men did not get their hair cut, but there is the implication that Jewish men did. It is interesting that in The Acts of the Apostles Chapter 18 verse 19 that we read, “At Cenchreae [Paul] had his hair cut.”

What we read before and after this particular activity makes it stand out all the more. Paul is in the midst of his second missionary journey and he is at Corinth. There he meets Aquila and Prisclla. He resides with them as they share the same occupation: tentmakers. On the Sabbath, Paul continues to go to the synagogue where he argues trying to convince the Jews and Greeks to believe and accept Jesus as Lord.

Once Silas and Timothy arrive from Macedonia, Paul is occupied with proclaiming Jesus as the Messiah. When more Jews rejected the message, Paul turned his attention to the Gentiles and the Church in Corinth grew. When Paul became discouraged, the Lord appeared to him in a vision to encourage his efforts and to assure him that there were many there who were God’s people. His ministry there would continue for a year and a half. Paul then sailed to Syria and later went to Ephesus before going to Caesarea. His journey would also take him to Jerusalem, Antioch, Galatia and Phrygia. All along the way, Paul was going to the synagogues and arguing and throughout the regions proclaiming that Jesus is the Messiah.

Paul’s hair cut was an activity of daily living, but it was more than just having his locks shorn. He was “under a vow,” signaling his dedication to the Lord’s service. Paul expended the greater part of his time doing God’s work, but his activities of daily living, his work as a tentmaker and his position as a guest/member of Aquila and Priscilla’s home show that the “super apostle” also attended to the mundane things of everyday life.

O Lord, the stories of the missionary journeys of the Apostle Paul reveal how instrumental he was in proclaiming the gospel of Jesus Christ and in the formation and growth of churches. We are grateful for this little snippet in the scriptures that remind us that while we may be involved in many good deeds that prosper the work of Christ’s Church, we still must take some time for the activities of daily living. In Jesus’ name, we pray. Amen.