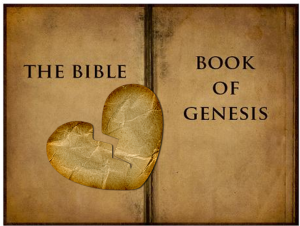 The Lord saw that the wickedness of humankind was great in the earth, and that every inclination of the thoughts of their hearts was only evil continually. And the Lord was sorry that he had made humankind on the earth, and it grieved him to his heart. So the Lord said, “I will blot out from the earth the human beings I have created—people together with animals and creeping things and birds of the air, for I am sorry that I have made them.” But Noah found favor in the sight of the Lord. Genesis 6:5-8

God made this wonderful creation and everything in it. And God gave the human beings (those made in God’s own image) the freedom to choose and to love (and to hate), and the human beings took that freedom and ran down a self-destructive path. And “it grieved God to his heart.” The sinful, evil, wicked thoughts of the human beings were so prevalent that that God’s heart was broken. (That is such a powerful description of the effect that our sinful behavior has on the wonderful God who created us. We break God’s heart with our behavior.) And this broken-hearted God decided to start over from scratch — almost.

It seems that as God surveyed the whole wicked mess that the creation had become, there was something in God’s heart that was stirred by one of the little “dust people” (remember the word-play earlier in Genesis) that God had formed – a man named Noah. Noah had found favor in God’s sight. And rather than giving up on the human and animal experiment, God decided to give it a second chance.

I don’t know exactly what it was in Noah that had found favor in the sight of the Lord. It might have been that love that God had planted in this one creature, and was feeling in return. We can be thankful that even the heart-broken God seems to spot a loving soul.

God seems to pull for us “dust people” by giving us a second chance, rather than tossing us out completely and starting from scratch. I’m glad He tried this with Noah. And I hope God has a second chance for me.

Wonderful God, I am sorry for the times that I have grieved and broken Your heart. Thank You for the loving and gracious way You have offered me a second chance even today to show how much I love You in Jesus Christ, our Lord and Savior. Amen.