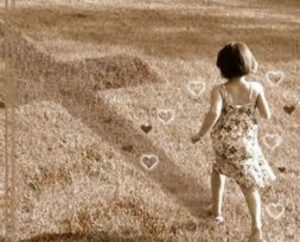 Again he entered the synagogue, and a man was there who had a withered hand. They watched him to see whether he would cure him on the sabbath, so that they might accuse him. And he said to the man who had the withered hand, “Come forward.” Then he said to them, “Is it lawful to do good or to do harm on the sabbath, to save life or to kill?” But they were silent. He looked around at them with anger; he was grieved at their hardness of heart and said to the man, “Stretch out your hand.” He stretched it out, and his hand was restored. The Pharisees went out and immediately conspired with the Herodians against him, how to destroy him.
Mark 3:1-6

Somewhere in my education, I was exposed to a sermon preached by a Puritan pastor in the early years of our nation. The sermon was entitled “Sinners in the Hands of an Angry God.” While I have often bristled at the image, wanting always to view God as loving and welcoming, I must admit that what we humans do to ourselves and to one another could sway God’s demeanor.

When Jesus, God in human flesh, walked on this earth, there were some instances where He showed disdain for human behavior. One day, as He was in the synagogue, on the Sabbath, Jesus was confronted by a man with a withered hand. Wishing to improve that man’s life, Jesus intended to heal him (on the Sabbath.) The religious leaders objected — they considered healing to be work, and so they contended that God’s Law would not allow such a good thing to happen on the Sabbath. (The religious leaders in Jesus’ time tended to get tied up in their own interpretation of God’s word, somehow losing sight of the loving purpose behind God’s word.) How did Jesus respond to the situation? He healed the man. And he looked upon the religious leaders “with anger, and he was grieved at their hardness of heart.”

The “anger” of God was caused by the “sinful” behavior of those who claimed to be the guardians of God’s truth and God’s law.

It makes we wonder if I ever do anything with God’s word that angers and grieves God?

Wonderful God, help me to follow Jesus so closely that I grow to understand not only the details of Your word and law, but also the spirit that in embodies. In Jesus’ name I read and pray. Amen.